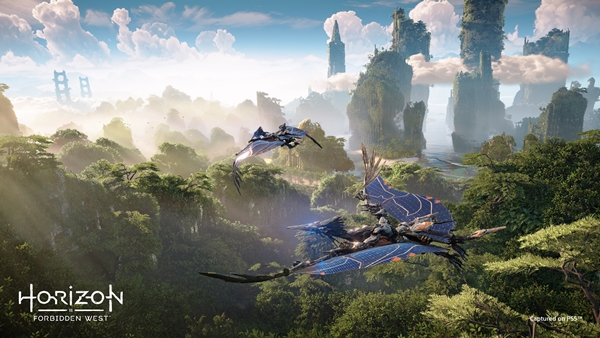 The latest UK weekly sales charts have been released by GFK. The smash-hit Pokemon Legends: Arceus had been holding things down at the top spot for the past few weeks but it has been unsurprisingly supplanted by Horizon Forbidden West. Let’s take a look at the top 10 of the chart.

Pokemon Legends: Arceus has been a hit for Nintendo. Fans of the series and skeptics alike have mostly united to praise the latest evolution of the Pokemon series. This acclaim and buzz managed to keep the game at the top of the pile for a number of weeks, and it is still going strong at number 2. It was always susceptible to being knocked off by a new major release and Forbidden West has done just that, while having the second biggest PS5 launch yet in the process.

Horizon Forbidden West has gotten off to a hot start. The Playstation release is a sequel to the award-winning Horizon Zero Dawn which surpassed 20 million sales units in its lifetime. Forbidden West not only has the built in hype of being a sequel to a hit game, but it is also the first major release for the PlayStation in 2022 which could make it a constant feature in sales charts for some time to come.

The rest of the top 10 is filled with the usual suspects, the ridiculous Mario Kart 8: Deluxe, FIFA, Minecraft, and Just Dance which yo-yos in and out of the top 10 at will.