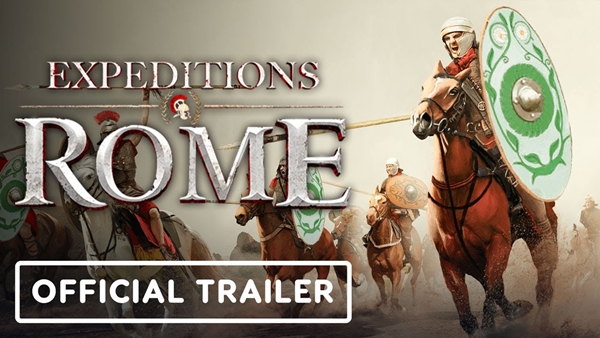 Expeditions: Rome launched on Steam on the 20th of January 2022 to a wave of praise from games journalists and players across the globe. If you’re on the fence about it, check out the accolades trailer to see what others have been saying about it.

What is Expeditions: Rome?

Developed by Logic Artists and published by THQ Nordic, Expeditions: Rome follows in the footsteps of the previous two games in the series (Expeditions: Conquistador and Expeditions: Viking). The player will control a young Legatus whose father was killed by a political enemy. You will escape Rome, taking refuge in the military campaign to subdue a Greek rebellion.

Expeditions: Rome will allow you to increase your military might, and gain both respect and strength. You can lean into your political heritage or carve a new path for yourself. The choices are endless!

Here’s what you can expect from the newest installment in the Expeditions series:

What Are People Saying About Expeditions: Rome?

With an 80/100 score on Metacritic, the latest Expeditions game has had a warm reception so far. With scores like 9/10 (Techraptor) and 8.2/10 (IGN Italy), both journalists and players alike are enjoying the game so far. You can watch the full accolades trailer to find out more.

You can pick up Expeditions: Rome on Steam, Gog.com, and Epic Game Store.