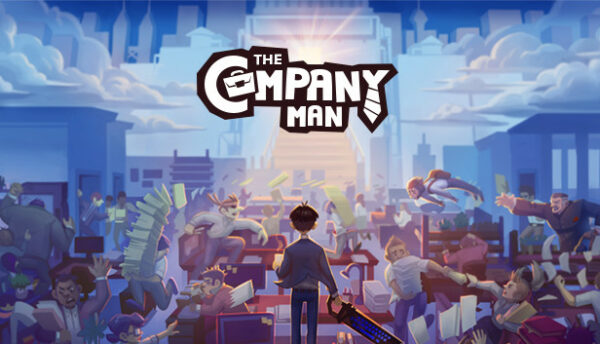 The Company Man is an intriguing-looking Platformer releasing on January 21, 2022. Before the game releases fully a demo has been released that plays through the opening section of the game.  I had the pleasure of playing The Company Man demo and am here to give some quick thoughts on the demo and decide whether or not the demo did its job.

If you’ve ever read my reviews of demos or any games you’ll know that one thing I adore is a game with identity, a game with charm. Based on this demo The Company Man is loaded with this. The demo presents a very simple setting with everything turned up to 11 on the satire scale. I can already tell this is a game that won’t get old thanks to its wit and willingness to relentlessly make fun of the workplace. My favorite thing was the themed enemies like the fire-breathing folks in Customer Services, or the useless interns being tossed out. The demo alone showcased that the people behind the game poured as much character and ambition into it as possible and I hope the full game can continue that trend.

Ending On a New Mechanic

This isn’t something a demo often does but The Company man demo ended just after a brief introduction to a new mechanic (ranged combat). This is one of the most effective hooks that I can remember because it really made me think of what other new mechanics are awaiting me in the full game.

As I always say, the measure of a good demo is to make me want to part money with the full version. Did this game accomplish that? That is a big fat yes. The base gameplay of the typical 2D action platforming is solid enough but when paired with the amount of character this demo displays it makes it one of the most intriguing releases in recent memory. Much like the Figment 2 demo, this is a big win.