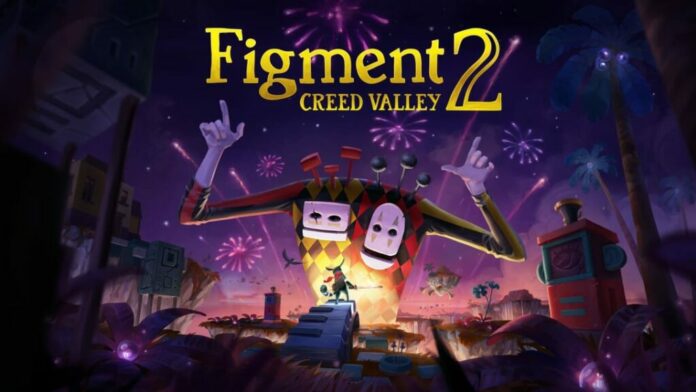 Currently, Figment 2: Creed Valley is set to release some time in Q1 of 2022 on Nintendo Switch and PC. In advance of the game’s release, a demo has been made available on the Switch’s online store, with a “prologue” demo also available on PC as well. I had the pleasure of sitting down to play through the Figment 2: Creed Valley demo on Switch and I have some quick thoughts on my experience.

Although the demo is just a slim introduction to Figment 2: Creed Valley, it does showcase the core of the game. It’s an action-adventure-style game with elements of puzzles and stealth thrown in. The game is very linear and guided me through its well-crafted levels to combat enemies through a simple attack and dodge system. It plays quite smoothly and nothing was too mentally taxing during my playthrough.

What I really loved about the demo is that the uniqueness of the game shone through. The demo ends with a big boss fight which involves special music, and the boss ACTUALLY SINGING! This was very well done and memorable. The storytelling and setting make the most of the game’s premise as I was fending off the darkness inside a human mind which manifests itself as a black fog spread throughout some pieced together platforms.

The level design was fantastic too, things like the squelch of a lily pad as I walked over it to get from place to place, the art style, the background, and the use of the lamps all stood out as positives.

As I always say, the measure of a good demo is to make me want to part money with the full version. Did this game accomplish that? Well…let’s just say I loved it so much I went and bought the first Figment game after playing it. This is about as good as a demo can get and one that will no doubt make anyone fall in love with the series.