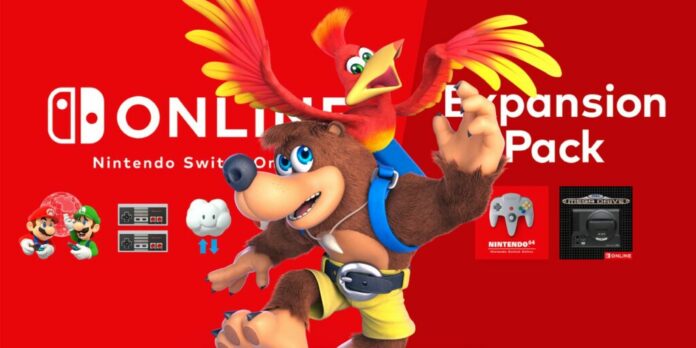 Earlier this week, via social media, Nintendo made a big announcement regarding its online service. This January, subscribers will be able to play Banjo-Kazooie on Nintendo Switch Online via the latter’s Expansion Pack. The news was first unveiled by Nintendo’s official Japanese Twitter account, with the European and North American accounts following suit soon thereafter. Banjo-Kazooie will be available on the premium Expansion Pack service; no official release date has been confirmed.

Banjo’s on a mission to rescue his sister from the envious wicked witch Gruntilda!

Foil her selfish plan to snatch the beauty from Tooty in Banjo-Kazooie, available to #NintendoSwitchOnline + Expansion Pack members in January! #Nintendo64 pic.twitter.com/pvPD4aRvwr

What to Know About Classic 3D Platformer

Originally released in 1998 in North America and Europe on the Nintendo 64, Banjo-Kazooie is a 3D platformer emphasizing item collecting, otherwise known as a “collectathon.” This game, developed by Rare and published by Nintendo, stars Banjo and Kazooie, a good-natured bear and sarcastic bird respectively. Their adventure sees them attempt to rescue Banjo’s sister, Tooty, from the nefarious Gruntilda, a wicked witch endeavoring to steal the little bear’s beauty.

Following its release, Banjo-Kazooie was positively received, with gamers and critics praising everything from its colorful graphics to its memorable soundtrack composed by Grant Kirkhope to its rock-solid gameplay. The latter is especially notable; though many N64 titles haven’t aged particularly well due to being released early in the 3D era of gaming, Banjo-Kazooie has stood the test of time. It would also become one of the top 10 best-selling games on the N64, moving over 3.6 million units.

The success of Banjo-Kazooie spawned a franchise, including an N64 sequel and a less-traditional adventure on the Xbox 360. The original title would be remastered for the 360 in 2008 before finding its way onto the Xbox One’s Rare Replay compilation title. Banjo-Kazooie on Nintendo Switch Online marks the first time, since the title’s original release, that fans could reexperience or play it for the first time on official Nintendo hardware.

On the surface, Banjo-Kazooie on Nintendo Switch Online is a no-brainer. Since the title was first revealed to be landing on the service via the Expansion Pack, subscribers waited with bated breath. As stated earlier, this is one of the most well-received N64 titles, not to mention 3D platformers in general. However, it’s when one looks deeper into the story that it becomes evident how sluggish the Expansion Pack is, for lack of better terms, expanding.

The original Paper Mario for N64 recently hit the Nintendo Switch Online Expansion Pack; this was the only title announced for the month of December. Banjo-Kazooie follows suit, being the lone new N64 offering of January. Will subscribers see future titles drip-fed to them on a monthly basis, if that? This isn’t to take away from Banjo-Kazooie’s quality or what it can bring to the higher tier of Nintendo’s online service. One can only hope that this release cycle becomes more rapid, even if it’s one more game included per month.

Free Digital Upgrade and Exclusive Physical Edition of Deliver Us The...