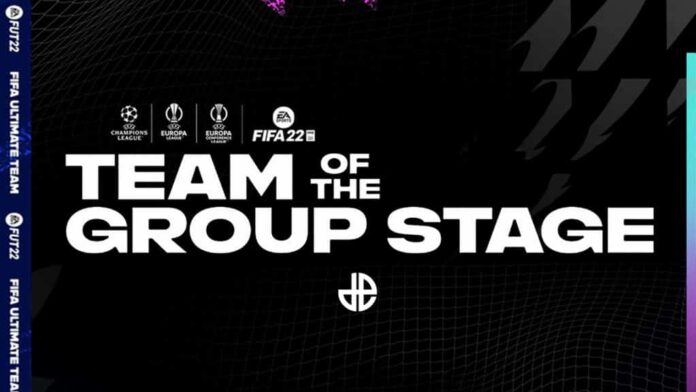 FIFA 22’s Team of The Group Stage promo came back this week with its popular event based off real-life performance. With an array of massively boosted cards, the promo has brought another set of new and exciting cards for us all to get involved with.

Team of The Group Stage Review!

With better dribbling and physical than his POTM, Ronaldo’s card is phenomenal and definitely the best in the promo. Ultimately, Ronaldo is Ronaldo when it comes to FIFA, and the unique body type and wonderful shooting often sets him above the rest.

Already set to win the La Liga Santander POTM award after a great start to this season, Vinicius Jr has been given a phenomenal card with 99 Pace and 92 Dribbling!

Already one of the most overpowered players on the game, this card takes him to new heights.

It’s a card that you will never own, but constantly play against in the Weekend League.

The year of the CB continues as Tiago Djalo makes his claim for the best CB on the game.

Regardless of his excellent pace and defending stats, Djalo’s card is even better because of the hyperlink given to Renato Sanches, who was recently given a Signature Signings Card, and a strong link to the popular Gelson Martins.

The Ligue 1 is also the most commonly used backline in the game this year, and there is now the perfect partner for Marqunhos or Kimpembe at the back.

At the start of the year, Chiesa was in most people’s teams as an excellent right-winger and an even better super-sub.

Chiesa is one of the brightest young talents in world football and this card showcases exactly that.

With 94 pace and 87 shooting, Chiesa would perhaps work best as one of the strikers in a two-striker formation, where he can constantly run in-behind.

EA were yet again showing how they have changed with massive boosts to cards that would usually just get a +1 or +2.

I sadly haven’t packed any of these, other than Botheim, but having used Andreas Christensen, I can say that he will definitely be a mainstay in the team for many weeks to come.