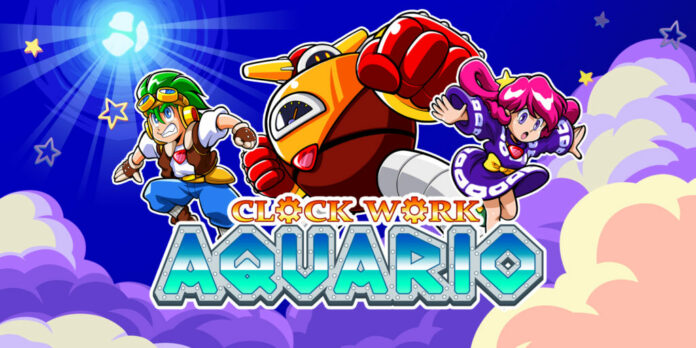 We recently reviewed record breaker Clockwork Aquario from ININ Games a lost treasure that is now available to be enjoyed by modern gamers. We loved the retro game and it’s arcade style but now it has broken a World record, a Guinness World record no less! But just what is the record it has broken?

Duke Nukem Forever had previously held the record that Clockwork Aquario has now taken and that record is… Guinness World Records™ title for the longest time between a videogame project start and final release!

The official press release for the news explains the journey from 1991 to 2021 and how the game become lost and then found;

The initial development of Clockwork Aquario started in 1991. It was the last arcade game ever developed by the legendary company Westone. With the advent of 3D gaming and other genres vying for dominance, Clockwork Aquario’s development was canceled. Nearly 30 years later, ININ Games and Strictly Limited Games – two labels dedicated to preserving popular but also forgotten or never-released retro gems – joined forces to unearth this video game treasure.
A development team including members of the original Westone team such as Ryuichi Nishizawa – co-founder of Westone and creator of legendary Wonder Boy – was put together with the aim to bring Clockwork Aquario to life. With a motivated team of passionate retro game fans and the original creators of Clockwork Aquario, it was ensured that the lost arcade title gets its well deserved release, losing none of its charm, but staying true to its roots.

Clockwork Aquario is an absolute gem of a game and in our review we said that it should be picked up by anyone with even a remote interest in retro and nostalgia and with a world record to its name it just gets better and better for a game that was once lost forever but is now deserving of its place in gaming history forever more.