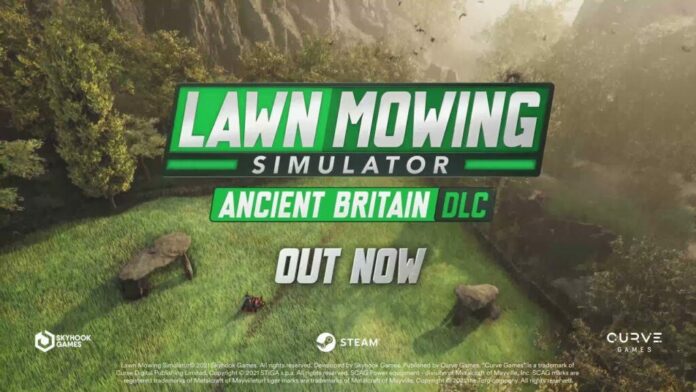 Landscapers rejoice as a highly requested tool was also added to the game. Players can now use String Trimmers, also known as a weed whacker, to carefully trim the edges of the lawn. It is especially essential to maneuver around awkward and irregular areas, removing unnecessary stress when dealing with your borders.

“We’re so happy with the reception from players for Lawn Mowing Simulator since launch, and are excited to be able to share the new Ancient Britain DLC pack with fans to add some extra unique challenges showcasing historic and picturesque landmarks around the UK. We’ve also been listening closely to player feedback and at popular request also added brand new strimmer content in the latest update, available free today for all players.”