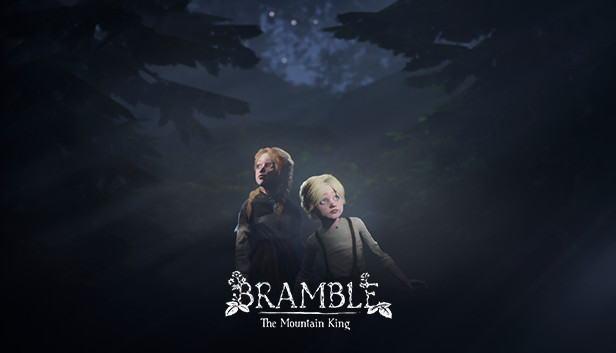 Swedish Game Developer Dimfrost Studio has released their first Bramble: The Mountain King Gameplay Trailer for the PC and Consoles. Following the game’s reveal at E3, the developer has increased anticipation with a showcase of game mechanics, characters, and various puzzles waiting to be solved. Bramble: The Mountain King is currently available to be wishlisted on Steam for 2022.

Bramble: The Mountain King Gameplay Trailer has been Revealed by Dimfrost Studio

What Can We Expect?

Journeying throughout the world of Bramble, players will be thrust into a Nordic style experience with themes of adventure, horror, and action. Encountering “David vs. Goliath” type battles, gamers will be tested in their ability to survive. With atmospheric environments, high-end graphics, and cinematic moments, there is something for everybody. A young boy and his sister must traverse a magical forest, encountering numerous creatures of Nordic mythology. Who will you be able to trust and who will present a threat to your survival?

Features for Bramble: The Mountain King include:

There are very few games that have truly captured the nordic aspect of mythology. This upcoming release presents a feeling of exploration and adventure while learning about what Nordic mythology is about. The switch from light to dark in the trailer is a beautiful transition and should represent the duality of what the protagonists will experience. Bramble: The Mountain King presents itself as an experience for all gamers, no matter if you prefer the story, puzzle-solving, or in-depth gameplay. With this being the developer’s second gaming creation, it’ll be interesting to see what a successful release brings next.