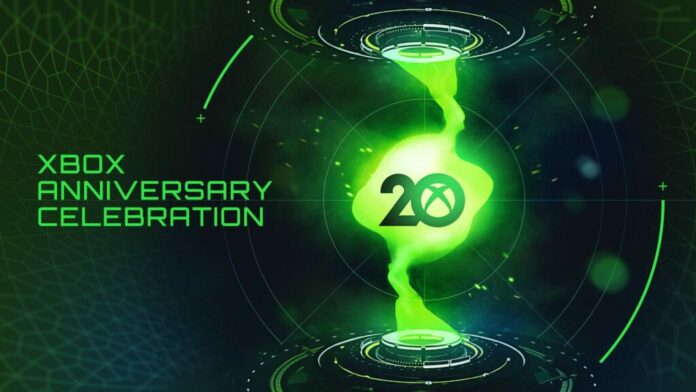 Microsoft is celebrating 20 years of Xbox on 15th November 2021 they have dropped some seriously exciting goodies for its fans.

First up in the livestream was the surprise announcement that the beta for Halo Infinite multiplayer is dropping early. As it is Xbox’s 20th birthday, it is also Master Chief’s, and they have chosen to mark that by letting players get their hands on his latest adventure early.

However, they also announced that Season One will last until May 2022. This means fans will have to wait even longer for Forge and co-op campaign modes that are coming with later seasons.

Halo Infinite multiplayer will be free to play, but you can catch the campaign for free when it drops next month on Game Pass thanks to Discord Nitro.

They followed that up by confirming no less than 76 games are being made backwards compatible with the Xbox Series X. Highlights include TimeSplitters 2 and Future Perfect, Red Dead Revolver, and the Fear trilogy. All of these games will be receiving enhancements including a four-fold resolution boost and Auto HDR.

Not only that but 11 of these games will be getting 60 FPS support alongside 26 games that were already made backwards compatible. Excitingly, these games will include both Fallout 3 and New Vegas. Microsoft also confirmed this would be the last batch of games that would be added to the program, bringing it to an end after six years.

Other announcements included the Xbox Vault, a trivia game in partnership with Netflix’s Red Notice where you can win prizes. They ended the show by announcing a Halo TV series that will begin streaming in 2022.

While nothing new was announced, there was enough there to justify the stream. There is no better way to mark Halo’s birthday than letting us get our hands on the latest game early and the announcement of the TV series was a nice touch.

As for the Xbox Vault, it is a nice way of giving something back to the fans. It also gives Microsoft the opportunity to hark back to the original unveiling of the Xbox in 2001, thanks to Dwayne Johnson starring in Red Notice.

However, the best announcement by far was the 76 new backwards compatible games. It feels like a good place to end the backwards compatibility program by letting players get their hands on some of the greatest games of all time at long last.