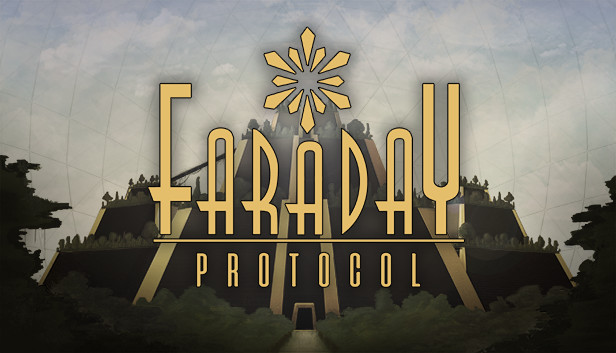 I can say that I’m an Ancient Egypt fanatic because hieroglyphs and their buildings look so cool—and it’s fascinating that my name was based on a Pharoah. Faraday Protocol, developed by Red Koi Box and published by Deck13, is a first-person puzzle game released on August 12, 2021.  What’s more, the Egyptian-themed title was a sight for sore eyes. Looks alone were enough to get me hooked into this game. Now, let’s dive right into my Faraday Protocol review.

You play as Raug Zeekon, an interstellar archeologist tasked to investigate a mysterious signal coming from an unexplored star. However, you ended up in a space station called “Opis”—which is filled with tests —and now it is your job to find out the strange occurrence in the facility.

The game starts as you wake up from an “organic hydration,” and after the continuation of your exploration, you meet an A.I. called Iris, who is controlling the whole station. And after exploring the station, you somehow end up in the mysterious Ziqqurat One.

You have to face a series of challenges before you go further in the exploration—and the mysterious A.I. will be watching. The puzzles inside the Ziggurats are actually cool. It’s pretty hard to explain because they are complicated and vary from switches, figurines, and doors. Some levels also require a little bit of platforming, but they are pretty easy to do. A “Bia-tool” will be your main companion to solve all the puzzles within OPIS. It absorbs energy and redistributes it in various forms. It is actually a pretty cool concept. Imagine shooting blue and red-colored energies with a futuristic gun. If you want, you should also find some of the collectibles available in Faraday Protocol, but they are REALLY HARD to find.

Almost everything in the Ziggurats is powered by these colored energies; maybe that is why they created the Bia-tool. Want to go through doors? Power it with blue energy. Want to activate elevating platforms? Then use the red colored one.

To be completely honest, I really had a hard time finishing the puzzles—there were even times that I rage quit, but that’s a different story. Don’t get me wrong, puzzles are pretty straightforward, but believe it or not, it is super challenging. Maybe I am just bad at these games, but I think even veterans of the genre will have a tough time solving them.

Faraday Protocol is advertised as a story-rich puzzle game, well, I agree. I wouldn’t go into specifics, but the buildup of the plot was amazing. Basically, it is about the evolution of a specific galactic civilization. Not only that, but the voice-acting was also exceptional. Both Raug and Iris’ voices suit their character. The game was short, but I got to hand it to the developers for giving me an immersive experience.

Even though the game was short, I enjoyed playing Faraday Protocol. A veteran gamer can finish the game in 5 hours. But it took me more or less 8 hours—because I am bad at puzzle games.  If you want unique gameplay and a story-driven experience, I would recommend getting this game.