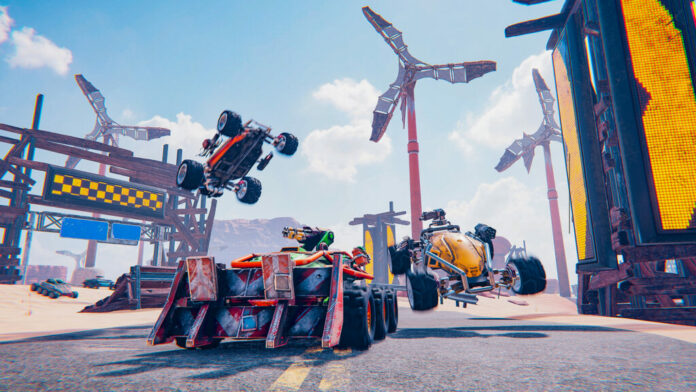 Ahead of the games’ full launch in 2022, Redcatpig and Digital Matters Publishing are bringing Vehicle Combat Game KEO to Steam early access from December 9th.

KEO is a multiplayer vehicle combat title that sees players choose their vehicle and load-out whilst building an array of weapons before getting onto the field of battle. Earlier in November, KEO was available as a 24 hour giveaway and just under a million users downloaded the title to test the beta. The now popular beta launches of games are really useful and consumer friendly and are often vital to help developers iron out those little creases in games before the full launch rather than what we have seen too much of in the last two years where games release half finished and then have to be patched for months before getting anywhere near to the quality of what a release day title should be.

Marketing Director of Digital Matters Publishing is excited by the prospect of KEO and the competitive nature the game will bring;

“The competitive vehicular combat style of KEO has clearly resonated with a large audience. Even at this early stage, we’re really excited by the interest shown and looking forward to the Early Access release with a development roadmap well into 2022 and beyond.”

The press release for KEO explains that the game will be fast paced with a number of game modes for all tastes;

KEO is a thrilling, fast-paced game of multiplayer vehicle combat for players of all ages and skill levels, with a variety of game modes to suit every taste. Decades after a nuclear apocalypse, what remains of humanity creates a new sport, battling with Radio Controlled Vehicles for control of essential resources. Players choose from one of several vehicles, each with a wide selection of offensive and defensive weapons, and then enter the arena to fight for survival! For more information on KEO, please visit the official website.