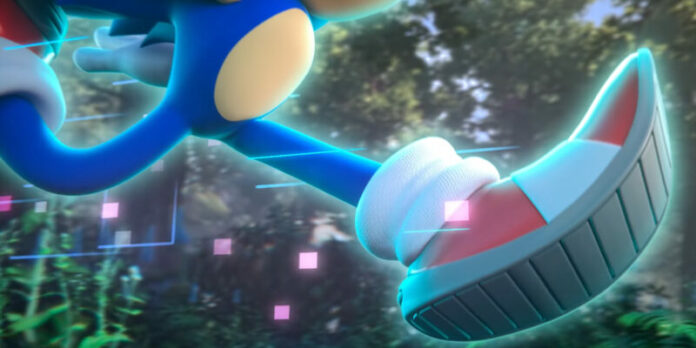 Recently, it was reported that Sega Corporation filed a trademark for ‘Sonic Frontiers’. This Japanese trademark was originally filed last month. In various entertainment industries, video games included, the filing of trademarks isn’t uncommon. However, given recent rumors regarding the future of the Sonic the Hedgehog franchise, this may be more than a simple business move.

What to Know About This Move

Lending credence to the idea in question is a leak from last month. In October, a leaker claimed on Reddit that the upcoming Sonic the Hedgehog game would be known as Sonic Frontiers. It’s important to note that this information made its rounds before Sega filed the trademark. While this could be nothing more than scuttlebutt, as Sega has neither confirmed nor denied this leak, it’s important to look back at the news shared by those in the company.

Case and point, Takashi Iizuka, the head of Sonic Team, spoke candidly about the future of the series. In July, during an interview with Game Informer, he provided some insight regarding Sonic’s upcoming 2022 adventure. “There is a lot I can’t say yet about the title,” said Iizuka. “But I do believe we will see an advancement in what a modern Sonic game can be.” Whether the ‘Sonic Frontiers’ trademark is related remains to be seen, but the news has certainly excited fans of the franchise.

It’s too early to say whether the ‘Sonic Frontiers’ trademark is indicative of a new Sonic game. We still don’t know much about the direction of the series in 2022 apart from the scuttlebutt mentioned earlier. There’s been discussion about a new open-world Sonic game, in a similar vein as The Legend of Zelda: Breath of the Wild, but there has been no official word from Sega. Until the company addresses these rumors, all anyone can do is speculate.

The Sonic the Hedgehog series is in need of a jolt of excitement and a bigger, more ambitious game could provide exactly that. The blue hedgehog’s road, as bumpy as it might have been, hasn’t been without its smoother patches. Sonic Mania, for example, was considered by many to be the best game featuring Sega’s blue mascot. However, this was more of a return to form, a tribute to Sonic’s glory years. This doesn’t even begin to touch on the seemingly endless slew of fan mods and creations made possible by the Sonic fan community.

To create an expansive 3D adventure, providing the player with as much freedom as possible, is an entirely different undertaking. As history has shown, from a 3D perspective, reception toward the series has been less than stellar. In time, we will see how indicative the recent trademark filing is of Sonic’s future.