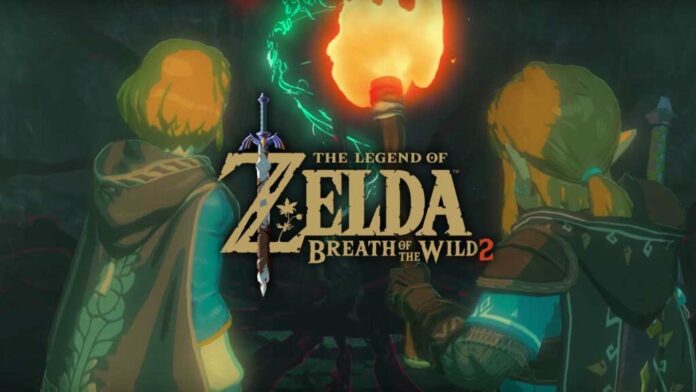 The long-anticipated sequel to The Legend of Zelda: Breath of the Wild is…still not here. The original Breath of the Wild is one of the most immersive, well-crafted, all-around fantastic masterpieces to ever hit shelves, and it completely changed the video game landscape as we know it. After three long years, fans simply cannot wait to get their hands on Breath of the Wild 2 and have followed every rumor associated with the game.

The obsession with this iteration of Hyrule is so powerful that fans will take just about any excuse they can get to re-enter that world. In November of 2020, Nintendo released Hyrule Warriors: Age of Calamity, a spinoff prequel, in order to quell the thirst for the series. The game shattered sales records for the Warriors franchise, quickly reaching 3.5 million sales in just over a month. Age of Calamity is a great game, but it would not have sold this well if it weren’t for the close association with Breath of the Wild. If this much excitement exists for a non-cannon spinoff, then imagine how crazy the fanbase will go when Nintendo drops the official sequel.

Nintendo tends to keep their plans on a need-to-know basis, and that’s especially true with the Zelda series. However, we have heard some rumors and speculation since the release of the initial trailer. Let’s take a dive into every Breath of the Wild 2 rumor out there, and when we can expect to see the much-anticipated sequel hit store shelves.

Going Over Every Breath of the Wild 2 Rumor

Nintendo dropped the original BotW 2 trailer at E3 2019, and immediately let the audience know that the tone was going to be different in the latest installment. While the first Breath of the Wild told a more passive story regarding the demise of Hyrule, this iteration seemed to have a darker, more menacing feel. Following the release of the trailers, more rumors came out confirming the tonal direction of the sequel.

That wasn’t all we learned from the trailer and the subsequent fallout. The trailer featured the same Hyrule as the first game, meaning that Breath of the Wild 2 will take place in the same world, at least in part. This isn’t to say that it will be the exact same terrain as last time – it almost certainly won’t – but Link will spend at least a portion of his latest adventure traversing the same world we all know and love. Age of Calamity proved that there is a way to put a unique twist on the same Hyrule, so I’d be surprised if the development team can’t do it again for Breath of the Wild 2.

A Return to Old Dungeons

One of the few downsides to the original Breath of the Wild is that they replaced the traditional, complex dungeons with the more simple and straightforward Divine Beasts. This decision could be reversed for Breath of the Wild 2, as some of Nintendo’s hires suggest that a return to the old standard could be coming. We won’t waste too much time on this rumor, as we’ve already covered possible dungeons in a previous article.

We know that Breath of the Wild 2 is in development, but we don’t know the official name of the project. Chances are, Nintendo will add something to the title to differentiate it from its predecessor. There were some reports that the game would be called “Breath of Evil”, but those were quickly disputed and ultimately disproved. Personally, I’m happy about this, as “Breath of Evil” is a pretty bad name. “Breath of Malice”, on the other hand…

Ok, we’ve talked about the tone, location, name, and scope of the game, so it’s time to get into the juicy stuff: the release date. Originally, most leakers expected Breath of the Wild 2 to come out sometime in 2020, probably towards the holidays. That obviously didn’t happen, but it’s hard to blame anyone for getting that wrong. Even under the best of circumstances, Zelda games have a history of taking their dear sweet time in development, and delays are all too common with the series. Of course, 2020 was anything but the best of circumstances, as COVID-19 delayed several projects while Nintendo adjusted to the pandemic. There is a very real chance that this game would’ve been the holiday release were it not for the coronavirus.

New rumors suggest that a release is coming at some point in 2021, the only question is when. Up until a few weeks ago, most assumed that the game would be coming out near the holiday season. However, an Austrian retailer called Gameware claims that the game is coming out sometime in Nintendo’s second quarter.

Personally, this feels a little too good to be true, as a second quarter release means that the game could be on the market in two or three months. Nintendo makes some questionable business decisions from time to time, but it’s hard for me to believe that they’d release the most anticipated game in recent memory with basically no buildup whatsoever. Also, this is only one retailer, so we’d need to take this rumor with a grain of salt regardless. My belief is still that we’re going to get this game at the end of 2021 as the cherry on top of Zelda’s 35th anniversary.