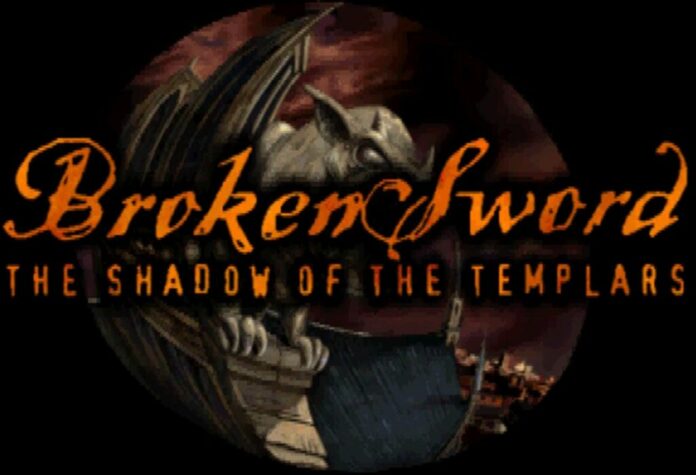 Gaming has a rich history that spans multiple decades. To this end, The Last Word on Gaming Backlog is a series that looks back on titles across all generations. From the golden 8-bit era to the landscape-changing 64-bit scene and beyond, The LWOG Backlog’s aim is history. Throughout the point-and-click adventure genre, few games are as notable as Broken Sword: The Shadow of the Templars, courtesy of British game developer Revolution Software.

Broken Sword: The Shadow of the Templars – An Overview

Uncover a Mystery in Paris

The point-and-click video game genre is far from a new concept. Growing up, I played multiple titles on PC that fell into this genre. From notable names such as Day of the Tentacle and King’s Quest to lesser-known experiences including Clock Tower and The Hugo Trilogy, there was no shortage of games to try. However, as I became older and my curiosity grew, I found myself being introduced to titles I never heard of. One such title is Broken Sword: The Shadow of Templars, developed by Revolution Software and first released back in 1996.

By 1996, Revolution Software was far from a newcomer in the video game industry. They released point-and-click titles Lure of the Temptress and Beneath a Steel Sky in 1992 and 1994, respectively; side note, both can be downloaded for free now. The original Broken Sword was a new undertaking for the company. The game’s director, Charles Cecil, traveled to Paris to learn about the Templars, believing that the subject matter would translate well into a game. From there, development began, with the team endeavoring to create a game that went beyond the boundaries of the genre, making it both mind-bending and cinematic alike. What culminated was a landmark title for the PC that, more than two and a half decades later, captures the imagination and challenges problem-solving abilities.

Broken Sword: The Shadow of the Templars takes place in Paris, France. George Stobbart, the game’s lead protagonist, is an American tourist enjoying a getaway. While sitting outside of a cafe, he watches a clown steal an old man’s briefcase, swapping it with an accordion. The clown flees the scene; not long after, the accordion explodes, killing the old man and leveling the cafe. George becomes motivated to solve his crime, though he isn’t alone, as he soon joins up with Nicole “Nico” Collard, a French photojournalist investigating said crime. Little do either George or Nico know that this story is steeped in history, and more importantly, one that has dangerously devoted followers.

The way that Broken Sword opens is nothing short of impactful, immediately setting the stage for a grand adventure to come. As the story progresses, the player learns more about the Templars and how this Catholic military order ties into the initial crime. Diving deep into the story would result in spoilers, but rest assured, the story in question is well-crafted and keeps the player moving forward. Furthermore, our protagonists are incredibly likable, whether in regard to George’s everyman approach or Nico’s go-getter demeanor, just to name a few examples. Broken Sword’s story doesn’t fail to engage.

From a gameplay standpoint, Broken Sword: The Shadow of the Templars is relatively straightforward. Like many point-and-click adventures of its time, it tasks the player with exploring their environments, interacting with them by collecting items, speaking with other characters, and solving puzzles to progress. Broken Sword rewards critical thinking, which becomes evident before the player realizes.

Case and point, early in the game, George meets a worker with a toolbox in his possession. In another part of the vicinity, there’s a manhole in an alley; any gamer will immediately consider the possibility of entering said manhole to traverse the sewer below. To do so, the player collects a nearby newspaper and provides it to the worker mentioned earlier, allowing him to leave his post and take a break. With the worker out of the way, a sewer key can be acquired from the toolbox, which can then be used to uncover the manhole. All of these pieces work together to form a larger puzzle and this approach is consistent throughout Broken Sword.

It’s also worth noting the unique user interface of Broken Sword. When speaking to characters, two bars will appear on-screen, one at the top with subjects to discuss and the other at the bottom with items collected up to that point. To progress, each topic and every item should be broached and presented. Once again, not every solution is straightforward, but finally figuring out the right one feels incredibly rewarding.

Visually speaking, Broken Sword: The Shadow of the Templars wouldn’t seem out of place in Disney’s animated works from the late 1980s or 1990s. Simply put, this game is a graphical treat, not only in terms of the animated cutscenes but the overall design of the game itself. Every environment is incredibly detailed, utilizing a mix of colors, shadows, and lighting conditions to bring each setting to life. Given the fact that the original Broken Sword was released during the mid-to-late 90s, it has held up from a visual standpoint to this day.

Another area where Broken Sword holds up is in its audio and sound design. Composed by the late Barrington Pheloung, the game’s soundtrack is incredibly grand, utilizing both fully tracks and audio cues alike. The latter are especially notable, as they’re played during key events such as arriving in new locations and moments of peril. Pheloung only composed a handful of games, including the second and fifth Broken Sword titles, since most of his work focused on TV shows. Nonetheless, the magic of the music he created for Broken Sword can’t be overlooked.

Broken Sword also features voice acting, one of the elements the game was praised for upon release. Each role is played perfectly, whether for drama, comedic effect, or casual conversation. Furthermore, certain actors have extensive credits to their names. For example, Hazel Ellerby, who voices Nico, has done work for Law & Order: UK, My Mad Fat Diary, and other TV shows. Rolf Saxon, who voices George, worked for TV and movie productions, as well as became an accomplished theater actor. Broken Sword has substantial voice talent.

Broken Sword: The Shadow of the Templars can be an incredibly tricky game, so one’s time with it will vary. It’s not unfathomable to spend anywhere from 15 to 20 hours playing the game, especially during one’s first go-around; some puzzles can be tricky to a fault. However, Broken Sword’s story is so captivating, buoyed by likable, memorable characters, meaning that one may wish to replay it once every few years. The game’s visual style makes it feel less like a traditional video game at times and more like an interactive movie. Thus, it can be treated as a cinematic experience, no matter the platform you play it on.

Following its release, Broken Sword: The Shadow of the Templars saw considerable success, spawning an entire series. It was also the first time that Revolution Software ever received royalties on a game. The latest entry, Broken Sword 5: The Serpent’s Curse, was an episodic experience that was released between 2013 and 2014. As far as the original game is concerned, ports landed on a number of platforms. These included the Game Boy Advance and original PlayStation, the latter of which moved 500,000 sales, making it one of the best performing versions.

Starting in 2009, an enhanced port of the original Broken Sword hit store shelves. Entitled Broken Sword: Shadow of the Templars – The Director’s Cut, this version brings a slew of changes to the classic PC game. These include gameplay sections where the character controls Nico, who wasn’t playable in the original. The Director’s Cut landed on not only PC but mobile platforms, the Wii, and the Nintendo DS; the latter was the way I first experienced Broken Sword and its portable nature alone makes this version worthwhile. Director’s Cut or otherwise, you can’t go wrong with any version.