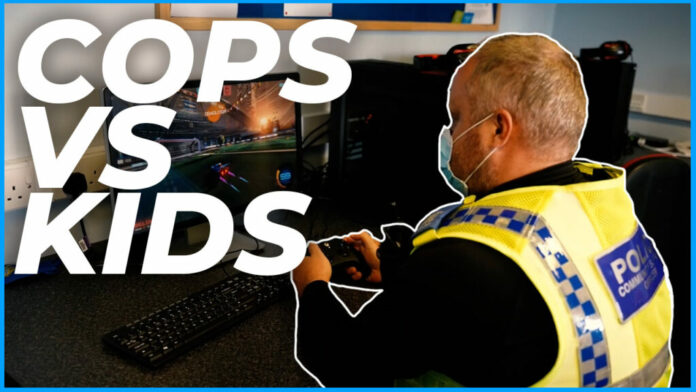 Have you heard of Cops vs Kids? In uplifting news, the British Esports Association have been working with North Yorkshire Police on a successful initiative using gaming to strengthen ties with local youth.

The pilot programme of ‘Cops vs Kids’ allowed staff at North Yorkshire Police to engage with young people. While the aim of connecting police and youth was successful, there was an extra benefit. The programme provided useful information on how esports can be positive for young people and their families.

How Cops vs Kids Works

The project invited young people to play Rocket League over 26 sessions at the Moor Lane Youth Centre in York. It allowed the attendees to interact with police in a neutral space. Staff were able to chat with the young people about topics that impact them, like social media, school, careers, online gaming, and more. The young people had a chance to build relationships with each other too.

DPCSO Chris Simpson, who brought the project to life, was astounded at the positive results: ‘Seeing the change in demeanour and attitude towards the police, sometimes, within a few minutes or certainly within the session was fantastic. The young people in the pilot were a joy to be around, there was lots of laughing, joking and friendly banter.’

Attendees were given a questionnaire at the start and at the end of the session, and staff found that attitudes towards the police had changed for the better even after just one session.

North Yorkshire Police and the BEA are looking into how they can integrate education and crime prevention into gaming. They have had some enquiries from other police forces who are interested in developing something similar in different areas of the country.

It’s fantastic that people are recognising the incredible benefits of esports. However, as the staff at North Yorkshire Police explained, there are risks involved in gaming online, so the more that young people and their families are aware of this, the better.

It’s also incredible to see police working hard on strengthening bonds between their officers and young people. This could have huge benefits in the long run. It’s great that the police partnering with organisations like the British Esports Association to gain their expertise, too.

All in all, we think this is excellent, and hopefully, it’s just the beginning of a new wave of gaming projects aimed at helping young people.

Want to know more about Cops vs Kids? Check out this video on the Cops vs Kids programme, or take a look at the British Esports Association website.