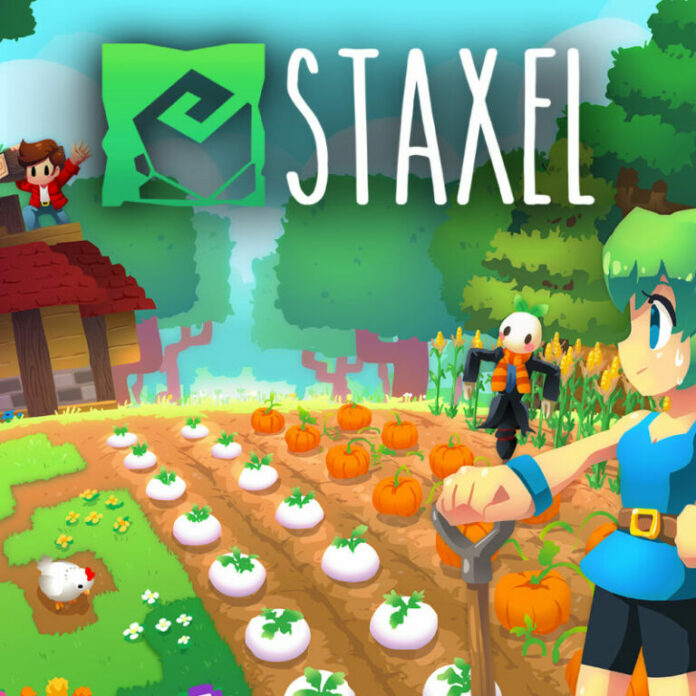 Staxel is a game developed by Plukit which was released initially on PC back in 2018. The game has made the move to the Nintendo Switch and faces stiff competition in the laid-back farming/village simulator sphere from the mammoth Animal Crossing: New Horizons and to a lesser extent cult favorite Stardew Valley. Staxel makes for an interesting addition to this field but it ultimately falls short of combating the giants of the scene.

Staxel Review: Spinning Too many Plates At Once

A Sense of Deja Vu 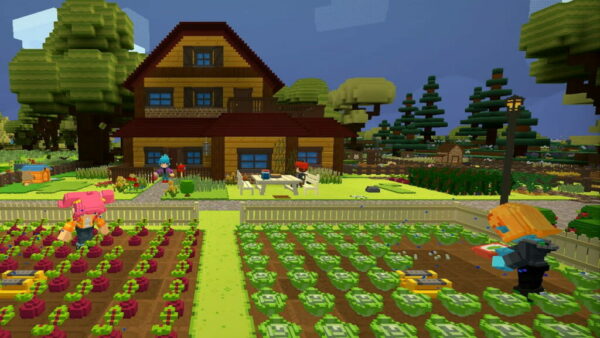 Staxel is a game where you move into a seemingly abandoned farm and set about becoming a valuable member of the local community, sound familiar? I can’t be too harsh on Staxel here as this is all the storytelling you need for a game like this, it’s what I do as the player that dictates the flow of the game so there’s little need to tell a thrilling story.

Speaking of the local community I have to address the characters that I interacted with throughout the game. Staxel advertises itself on its “island full of charming characters” but the characters are all one-note fodder with very limited personalities.  You’ve got the clean stickler, the gamer, the builder, a cat, and a barkeep who knows everyone’s business to pick from as far as dialogue goes.

The last thing I was expecting from this game was for it to look like Minecraft, the second last thing I expected was to enjoy these graphics so much. Taking from Minecraft both graphically and UI-wise was a smart decision that sets Staxel apart from other games in its genre.  The visuals were kept simple but there was enough care and effort put into making sure everything stood out and was set apart despite the blocky texture. All of the bright and vibrant colors really gave the game an energized feel, even when it rained in-game, the rain splatters down and spreads out color amongst the grey clouds.

I can’t praise the game enough for going with this style of graphics it was the perfect fit for the type of game the developers were trying to make.

Too Many Pots, Not Enough Fingers 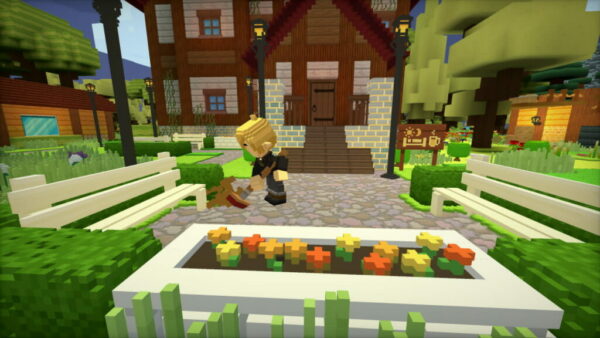 I came into this game expecting a lot of farming and was surprised to see that Staxel is actually much more than that.  There is baking, beekeeping, construction, fishing, bug-catching, and some farming all at my disposal. However, this is the also the game’s biggest weakness. Everything from the graphics to the story suggests that you’re in for a relaxing experience but in the end, I was trying to juggle so many different objectives at once that it became overwhelming. The game ends up getting in its own way because so many of these mechanics are undercooked and shallow. For example, the fishing is tedious and far too simple.

The objectives of the game suffer from the same problem of being overwhelming. At any one time, you may be tasked with building two houses and one fishing spot all while completing minor objectives for people around town. This may not sound too bad to you dear reader but when I was trying desperately to find materials, which aren’t readily available, to finish a house while also trying to find a rare Rhino Beetle to turn into a bait box I was not a happy camper. It wouldn’t be as bad if the major objective didn’t become the only thing that causes the NPC to engage with you. For example, I can’t deliver a phone to Alize while they’re helping me build a house because apparently, Alize hasn’t got the time to deal with a phone until this house is built! Couple that with the difficulty in gathering building materials and I ended up with three massive projects on the go at once with none of them getting fully completed. Sure, I can switch to creative mode and have all those materials at my disposal but I do want some challenge and creative mode doesn’t provide that.

One thing that I did like about the game is how fluid the movements are. There’s a difficult balance to be made between zipping around town and also allowing me to slowly scroll through items on sale in the shop. Thankfully, Staxel gets it right.

Staxel is a game with potential and there’s a lot that I liked about it.  Ultimately, it gets in its own way by trying to spread itself too thin and leaving too many elements of the game feeling tacked on. Having so many quests going at once with materials not being available ends up feeling more frustrating than anything and while graphically the game looks good and stands out from the field, this only gets you so far. Admittedly, the creative mode would alleviate some of my issues but that would essentially make this a sandbox game.  Unfortunately, Staxel winds up as an ambitious project that couldn’t keep up with its own potential.