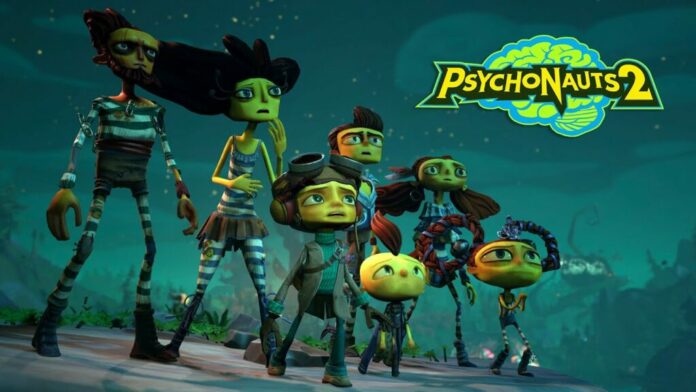 Psychonauts 2 was released on August 25 to much fanfare.  Fans of the original game were more than ready to dive into the weird and wonderful world of Psychonauts and take control of Raz once again.  While the build-up to the game’s release was dominated by ridiculous discourse about the invincibility mode, the reviews poured in for the actual game, what were the Psychonauts 2 reviews saying? Well, let’s take a look.

Top of The Pops

With a critical score of 88, 86, and 89 on Metacritic for Xbox Series X, Xbox One, and PC respectively, it is safe to say that Psychonauts 2 is a hit!  The old-school platforming is praised time and time again with one review delighting in how the old-school platforming mixes with the precision of modern games.  The level design also receives a lot of praise with the imagination and invention on display being pointed out in a number of reviews.

The game’s cast of entertaining and memorable characters, story, and the heart it shows all round out the praise the game has received.

That said, there are some issues pointed out.  A number of the User Scores point out that the game tends to get repetitive, with one critical review mentioning that the game is “rooted in the past”.  While I and many others adore the old-school feel of this game, it seems that is a turn-off for some players used to newer platforming.

This may already be obvious to anyone that read my overt praise for Persona 3, or even my look back at older Ratchet & Clank titles, but I am a massive fan of the Psychonauts game.  A game that is so unique and creative within the 3D platforming genre is my dream game.

Based on the Psychonauts 2 reviews this game has delivered on everything that fans of the original could want from a sequel.  The strong emphasis on the creativity in the game is a joy to see as the uniqueness of the original was a massive part of the charm, and Double Fine seems well aware of that.

While this game has unfortunately been subject to some review bombing due to a lack of Russian language accessibility there are more than enough positive reviews to convince you to pick up this game.