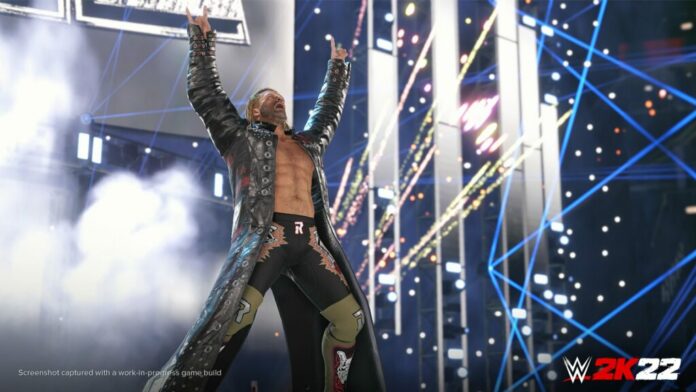 PureXbox contributor Fraser Gilbert is reporting that 2K has scheduled the release of their latest WWE game for March 2022. Until then, 2K has raised anticipation for the latest addition to the series by releasing a new trailer, showing off “new controls, stunning graphics, and a redesigned engine.”

What Does the Trailer Reveal?

While disappointing for most wrestling fans and gamers, the decision to delay the game until 2022 makes sense after 2K20 was heavily criticized for gameplay and design. There was also an embarrassing amount of bugs and glitches that indicates the game may have been rushed to release. 2K needs to hit a homerun with 2K22 and pushing back the release date while hyping up the new game with a trailer is a good start.

The thirty-second trailer shows off improved and updated graphics and a bit of gameplay with Rey Mysterio taking on Cesaro. There have been rumors that the gameplay engine has been overhauled, but there is no concrete confirmation on that as of yet. However, a teaser trailer never reveals any possible negatives that may be lurking. After the crash and burn that its predecessor was, 2K22 has a lot to prove and needs to be at the show me stage with its Xbox release.

What Should Fans of the Series Expect?

I think it is safe to say that the backlash received from 2K20 has opened some eyes at game developer 2K. The fact that the glitches and bugs became a running joke on Youtube channels is a very bad look. As earlier stated, they need to come prepared and need to avoid the mistakes and errors of the past. There can be no complacency allowing history to repeat itself in that respect, and I believe that 2k22 will be the beginning of a new look and overhaul for the wrestling series.