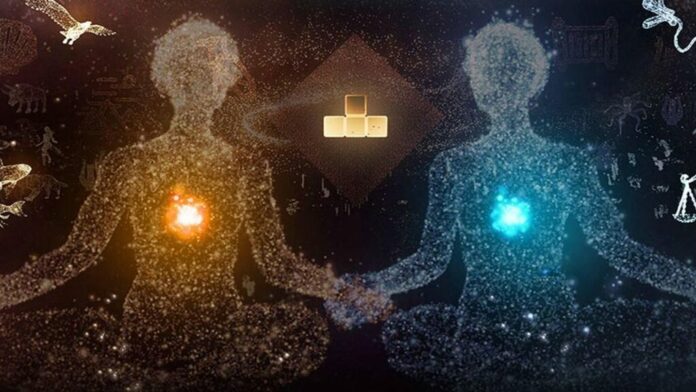 Earlier today, via its official YouTube channel, Nintendo held its Indie World Showcase. This 22-minute showcase shined a spotlight on many independent games arriving on the Nintendo Switch. Among the various titles in question were Shovel Knight Pocket Dungeon, Eastward, and Axiom Verge 2, the latter of which was released shortly after the Indie World Showcase concluded. However, one of the more popular announcements made was that Tetris Effect: Connected would be coming to the Switch on October 8.

Two representatives from Enhance Games, the company that published Tetris Effect: Connected, opened the announcement in question. Director Takashi Ishihara expanded further on the title, stating that he, as well as his team, endeavored to make Tetris Effect “a beautiful audio-visual experience,” taking the player on an emotional journey.

Tetris Effect: Connected takes the concept of the classic puzzle game, expanding upon it with a focus on audio and visual features. The game features a Journey Mode, which is a single-player experience. However, it also offers Zone Battle, a competitive mode where players can battle locally or online. Also included in Tetris Effect: Connected is Connected Mode, where players work together to clear 3 separate playfields as one.

In addition to Switch, Tetris Effect: Connected players can play with others via cross-platform multiplayer, making it easier to find parties. The game was originally released as simply Tetris Effect on the PlayStation 4 in 2018. It also featured PlayStation VR support. Tetris Effect would make its way to PC and Oculus Quest in 2019 and 2020, respectively. Connected, the enhanced version of the game, was made available on PC in addition to the Xbox One and Series X/S platforms. It’s slated for release, on the Nintendo Switch, on October 8, 2021.

As stated earlier, this was just one of many announcements made during the Indie World Showcase. However, it’s an exciting one all the same, as many critics and gamers praised Tetris Effect when it was originally released. The aforementioned audio and visual effects were unique for the series. In addition, the game’s various modes made it, in the eyes of many, the definitive Tetris experience. Tetris Effect: Connected is a refined version of the original game, adding more to what was already a winning formula. With its release on Nintendo Switch, not to mention the game’s cross-platform nature, it’s made all the more accessible.

It’s important to note that this isn’t the only game in the Tetris series currently on Nintendo Switch, either. Puyo Puyo Tetris, for example, was one of the titles released during the console’s launch window. It would go on to become a fan favorite and followed up by Puyo Puyo Tetris 2 this past December. Tetris 99, a battle royale take on the classic puzzle game, is another title on the platform, though it’s only accessible digitally through Nintendo Switch Online or via retail. Tetris Effect: Connected is vastly different from the console’s other offerings. We at Last Word on Gaming will be looking out for this once it releases in October.

Online PS3 Store to Close Along With PSP and Vita Stores