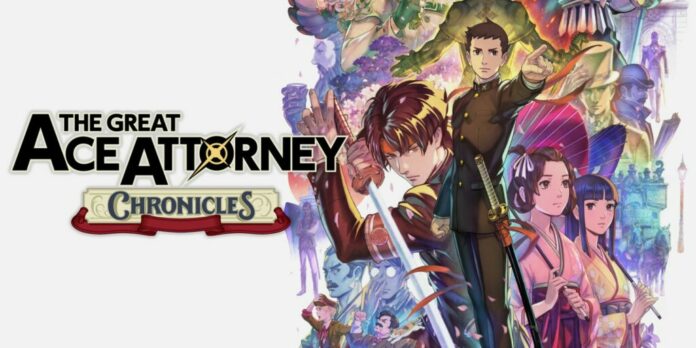 The Great Ace Attorney Chronicles were released on Nintendo Switch, PC, and PlayStation 4 in late July 2021.  The game sold well on the Nintendo Switch, debuting at number 3 in Japanese sales charts in its week of release.  The reviews for the game currently paint a positive picture so let’s dive into the game’s reception.

The Critic Scores for this game are very high over at MetaCritic with the Switch sitting at a critic score of 87, with PS4 and PC versions sitting at 83 and 82 respectively.  The critics praise the narrative and storytelling on display in the game.  The critics throw a number of superlatives at the game and make the game seem like a thrilling, period piece, graphic novel that is a worthwhile experience.

While the critic scores are high, the users of Metacritic have been less forgiving of the game.  Of the three user scores for The Great Ace Attorney Chronicles only the Nintendo Switch version has a score over 6, at 6.8.

Those who dislike the game have pointed out that the game can sometimes prefer melodrama over drama, series veterans also cite a lack of evolution to the systems and gameplay as a reason for their dislike of this newest addition to the series.  The writing is one issue that was brought up a number of times with it being dumbed down and oversimplified at times, to the detriment of some interesting ideas the game had.

While some users have been a bit negative on the game there are a lot who have also been quick to use superlatives when speaking about the game.  There is specific praise from users for the music and game mechanics, with many long-time fans of the series enjoying this newest addition.

This game has reviewed overwhelming praise from reviewers and players alike.  Every single one uses the same set of superlatives and make the game sound like a masterpiece of storytelling and narration.

While there are those who dislike the game the valid negative reviews are few and far between which leads us to believe this game was review bombed on many sites.  While there are valid criticisms of the game, most seem to be designed to reduce the games overall rating on sites like Metacritic.

Is Age of Calamity A Worthy Breath of the Wild Prequel?...