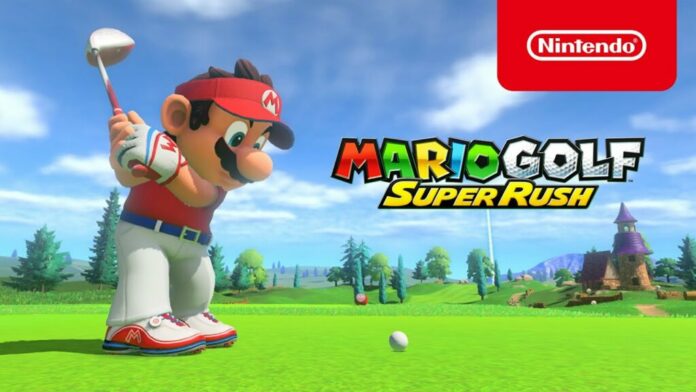 Mario Golf: Super Rush released to much fanfare last week and has seemingly sold very well already.  Despite the fanfare and the sales, the early Mario Golf reviews paint a complicated picture of a game that has failed to deliver on its premise.  Let’s dive into what has been said about the game so far.

Based on 64 critics Mario Golf: Super Rush gained a metascore of 73.  Not a terrible number but one that should give anyone pause before buying the game.  While positive reviews praise the fun nature of the game, the frantic pace, and the various different twists the game takes on the world of golf.

Those with less than positive things to say have lamented the feeling that the game is undercooked with its single-player capabilities leaving a lot to be desired.  The lack of course variety is something mentioned a few times as a negative for the game.

Now, one can’t just rely on critical reviews of course.  When looking at what our fellow gaming fans have to say about the game it doesn’t paint a much better picture with the user score being just 6.3 out of 10.  Once again the positive reviews point out that the game itself is fun to play and the refined mechanics.  Although even the most positive of reviewers have stated that the game is lacking in personality while those who didn’t like the game have been much harsher describing the game as “shallow”, too easy, and ultimately, doesn’t feel like its complete.

While Mario Golf: Super Rush certainly has its fans and its positives the overall sense is that the game just isn’t finished and feels like it was rushed out with the knowledge that it would sell anyway.  There’s little doubt that Nintendo will continue to flesh out the game with updates going forward but that opens up a whole new can of worms.  Is it ok to release a game in such a hollow form if you’re going to update it later on? Is that fair to those who purchased on release day?  Will this in future lead to gaming fans not trusting new releases?  Well, we don’t know but they’re questions that need asking.

Beyond A Steel Sky Gets Split Release Date for Consoles