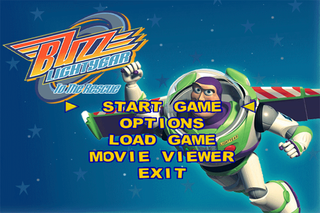 Gaming has a rich history that spans multiple decades. To this end, The Last Word on Gaming Backlog is a series that looks back on titles across all generations. From the golden 8-bit era to the landscape-changing 64-bit scene and beyond, The LWOG Backlog’s aim is history. It’s time to leap into infinity and beyond, as we take a look at one of the most memorable licensed games of the early 3D era – Toy Story 2: Buzz Lightyear to the Rescue.

Toy Story 2: Buzz Lightyear to the Rescue – An Overview

“This is falling with style.”

Toy Story is, without question, one of the most imaginative series of films to come from Disney and Pixar. The idea of children’s toys coming to life, before getting involved in adventures of grand scale, is nothing short of novel. The first Toy Story film, which hit theaters in 1995, was incredibly well-received, making $373 million at the box office versus a $30 million budget. Thus, a sequel was inevitable. Toy Story 2 saw a 1999 release in theaters, yielding over $497 million at the box office. Furthermore, it’s a rare sequel where most critics placed it on the same level as, if not higher than, the original.

With the success of the Toy Story franchise came merchandise. This expanded beyond the iconic toys, too, as video games found their way on platforms such as the Super Nintendo, Sega Genesis, and Game Boy. The original Toy Story video game, which was released the same year as the first movie, received mixed reviews. Many critics believed it to be frustratingly difficult despite its graphical style, which was incredibly faithful to the film. Its sequel title, Toy Story 2: Buzz Lightyear to the Rescue, was a far better venture.

Developed by Traveller’s Tales, perhaps best known for developing the modern LEGO series of games, Toy Story 2: Buzz Lightyear to the Rescue was released on the Nintendo 64, PlayStation, and PC in 1999; it would also reach the Sega Dreamcast the following year. While Disney Interactive published the title for the PC, the other home platforms were published by Activision. Over two decades later, how does Buzz Lightyear to the Rescue hold up?

From a story standpoint, Toy Story 2: Buzz Lightyear to the Rescue falls in line with the second Toy Story film. A yard sale is being held at Andy’s house. Al McWhiggin, Al’s Toy Barn proprietor and Woody’s Roundup merchandise collector, spots the iconic cowboy doll. Behind Andy’s mother’s back, Al steals Woody. This prompts Buzz Lightyear, as well as Mr. Potato Head, Rex, Hamm, and Slinky Dog, to get him back.

For those that have watched the film, the game is largely faithful to the original narrative. Barring the N64 version, Buzz Lightyear to the Rescue also provides in-game cutscenes; these are snippets from the film question, helping to provide context for those that may not have seen the movie. This isn’t to say that the game doesn’t take creative liberties, as it focuses solely on Buzz and his friends’ quest to retrieve Woody. However, these creative liberties don’t take away from how faithful the game is to the film.

Toy Story 2: Buzz Lightyear to the Rescue is a 3D platform game that takes the player through fifteen unique levels. The game proper begins in Andy’s house, his bedroom specifically, and traversing the house provides a great understanding of scale. What would be a normal house to the average person is a sprawling landscape from Buzz’s perspective. The same can be said for other levels, including Al’s Toy Barn, Al’s Space Land, and the airport. In terms of scale, Buzz Lightyear to the Rescue excels.

The same can be said for the core gameplay, which feels very much like a “collecathon” not unlike Banjo-Kazooie or other 3D platformers from the same era. From Pizza Planet tokens to collect to trinkets needed to be retrieved to accomplish in-game objectives, there is seemingly always a secret tucked away in every corner. Certain levels will have to be replayed, however, since some objectives require power-ups. These include rocket boots, which accelerate Buzz’s speed, and a grappling hook, which allows the title character to reach high ledges.

The combat of Buzz Lightyear to the Rescue is incredibly solid, too. Buzz is well-equipped to tackle any foe, whether by using the aforementioned power-ups, a spin attack, or his trademark laser. The latter is incredibly precise, especially when aimed in first-person view. It’s important for the player to become accustomed to Buzz’s arsenal, especially given the various boss fights peppered throughout the game. Not only is the game fun to explore, but the combat is satisfying as well.

Further taking inspiration from the movie, Toy Story 2: Buzz Lightyear to the Rescue is graphically impressive. Not only are the worlds and environments detailed, but they brim with color and detail, making them feel as though they’re straight out of the film the game is based on. The aforementioned cutscenes, while not terribly impressive by modern standards, are well-implemented, too. For its time, Buzz Lightyear to the Rescue is nothing short of a visual treat.

Buzz Lightyear to the Rescue boasts a solid soundtrack, featuring songs that fit every environment and situation perfectly. The song for Andy’s House is filled with a sense of wonder, a solid introduction for what the rest of the game has to offer. Al’s Toy Barn’s theme boasts a more upbeat, Western vibe. Meanwhile, the airport theme is more atmospheric compared to the other tunes. The soundtrack’s composition is credited to Andy Blythe and Marten Joustra, whose work can be heard in other Disney tie-in games, A Bug’s Life and Finding Nemo included.

For being what is effectively a licensed movie game, Toy Story 2: Buzz Lightyear to the Rescue is fairly substantial. An average playthrough may take anywhere from 6 to 8 hours to reach the end credits. However, given the game’s “collecathon” nature, one may find themselves playing for much longer. Keep in mind that, as stated earlier, certain levels will have to be played multiple times to find everything. Furthermore, by collecting all 50 Pizza Planet tokens, one will receive an extra surprise. For those that enjoy the core gameplay of Buzz Lightyear to the Rescue, reaching one-hundred percent completion is a no-brainer.

Toy Story 2: Buzz Lightyear to the Rescue was well-received, specifically in regard to the PlayStation version, which critics deemed to be the best of the home console editions. It would go on to win the “Gold” sales award from the Entertainment and Leisure Software Publishers Association, which is awarded to titles that have reached 200,000 sales in the United Kingdom. It was also one of the top 10 best-selling PS1 games of December of 1999, rubbing shoulders with the likes of Tony Hawk’s Pro Skater and Quake III Arena.

In addition to home console versions, a portable version was made available on the Game Boy Color in 1999. Known simply as Toy Story 2, this GBC title was more along the lines of a traditional side-scroller. Developed by Tiertex Design Studios, this version was not nearly as well-received. When it comes to games based on Toy Story 2, Buzz Lightyear to the Rescue is the one to try. Ideally, play the PlayStation version for what most consider the best experience.