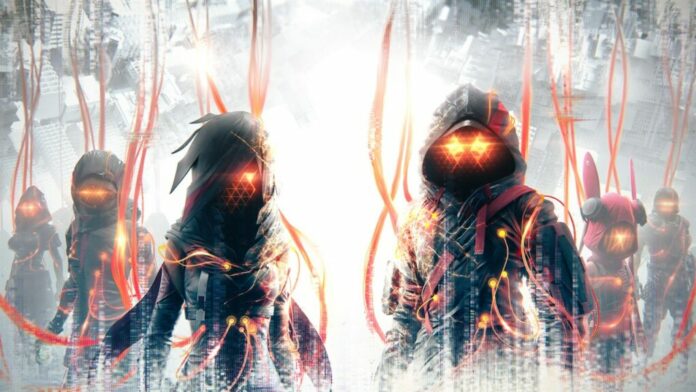 On this episode of Video Games 2 the MAX hosts Sean Garmer and Marc Morrison are joined by Jens Dietrich and guest Jake Collier (A K A ObiwanJakolby (you can follow him on Twitter or Twitch as they discuss the return of Free Radical Studios and the Timesplitters IP. Will it simply be remasters and try to do another one of those games, or are they going to try to modernize it? Will the nostalgia play actually pay off? The crew seems mixed on it for sure.

You can now watch episodes of Video Games 2 the MAX in Video format on the W2M Network Youtube Channel.

They also talk about the report that Netflix is looking to get into video games. Is this a whole bunch of discussions or will Netflix try to develop something similar to Apple Arcade? Are they going to just do a bunch of games on licenses and properties they own?

The guys also discuss the games they are playing which vary from the big games like Mass Effect Legendary Edition, Returnal, and Resident Evil Village to the Scarlet Nexus demo and indie titles like Aerial_Knight’s Never Yield and Rain on Your Parade.

The main topic explores what Xbox could show off at their E3 2021 extravaganza. Does the information on Starfield’s release date hamper that a bit, will Halo Infinite get the big showcase, or does another title enter the fray and steal the limelight. Could any old Xbox franchise make a return? And so much more as we keep the hype going for E3 2021.

Other things discussed in the episode: The controversial new Zelda Amiibo, the release of Grand Theft Auto V on current-gen consoles, the potential for a 30th anniversary Sonic collection, and Overwatch dropping to 5 versus 5.

There are no ads on this show because we had a guest, but please go support the show and the entire W2M Network via enjoying a special offer on Grammarly or a 30 Day Free Trial of Amazon Music Unlimited

Scarlet Nexus Demo, What to Expect From Xbox At E3 2021