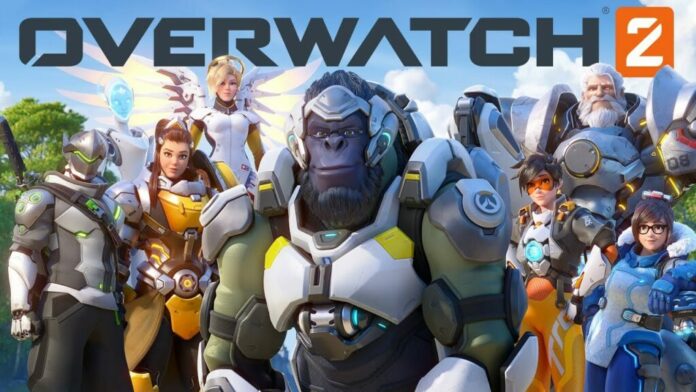 Yesterday, the Overwatch 2 team release some key info about what Overwatch 2’s PvP will look like when it is released. Here we take a look at the big news from the release, and all the Overwatch 2 PvP details.

Overwatch looks set to change forever with the release of Overwatch 2 as the game shifts from 6v6 to 5v5.

Although it may seem a minor change, the shift to a 5v5 game is massive as role lock will still be in place, meaning we will be losing a tank role in a 1-2-2 set up for the game. This ultimately could be disastrous for all tank players, but mainly those who play the off-tank role.

Shields in some capacity are always necessary, and so the removal of another tank may mean that off-tanks are rarely, if ever picked. There has been some serious concern in the pro scene, where many players dear they will be out of a job next year.

But the Overwatch 2 PvP broadcast showed us that the tank role will be changing massively come Overwatch 2. This includes changes to heroes such as Reinhardt, who can now double firestrike and cancel his charge, and Winston, who now has a long-range secondary fire weapon. This was done to enable more aggressive gameplay for the tanks, and with only one tank now playable, the whole game will be much faster paced.

New Passive Roles For All Heroes

We have new passives being added to the game in order to enable more aggression for the player base. This includes self-healing for all supports, tanks receiving less knock-back and giving less ultimate charge and damage heroes receiving a speed bonus.

The new maps from the livestream looked beautiful, unsurprising as Horizon Lunar Colony has been the only bad map so far made by the Overwatch designers. The new game mode Push also looked fun and a much needed new game mode.

With this only being the PvP side of Overwatch 2, this game looks like it could be something special. However, the community is not entirely happy, with many feeling like the game is ruined with the shift to 5v5 and the game looking basically the same.

But if you do believe it’s the same, you don’t even need to buy the new game, with Overwatch being updated to match its successor as they didn’t want to leave anyone behind.

Overall I’m excited! Overwatch has had its issues and the lack of effort this last year has been a bit sad, but I’m excited for anything that Overwatch is willing to throw at me!

The Houston Outlaws pick up KSF