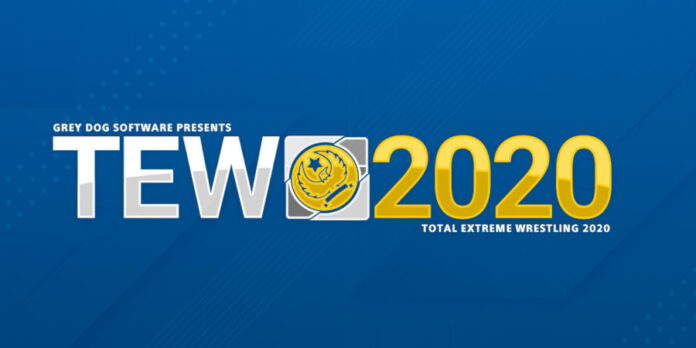 One of the best things about simulation games is the imagination that it inspires from players.  Football Manager is regularly the subject of different challenges either fan-made or inspired by the base game.  Whether its the ludicrous 1000 goals challenge or simply changing history by taking over a fallen team and leading them to former glory these challenges can make for some fun game ideas.  That’s why we’re here to take a look at some of our favourite TEW 2020 c-verse challenges based on various difficulties that should excite players both new and old.

OLLIE was at one point the biggest promotion in Mexico but as the game will tell you they are a shell of their former self with EILL now ruling Mexico with an iron fist.  This should get any fan itching to try and revive OLLIE and take on EILL, which is honestly easier than the game would have you believe.  OLLIE is still big enough that they can almost immediately get their hands on a TV deal and they have incredibly talented performers on the roster like Electric Dreamer, Nicolas Lopez, and Extraordinario Jr. to name just a few.  If you’re worried about EILL poaching your biggest names then you can just focus on women’s talents like Dreamer as EILL has no women’s wrestling at all, leaving a market for the player to exploit as part of OLLIE’s return to glory.

USPW is the biggest promotion in the game.  Backed by Reverie and home to some of the most popular stars in wrestling they’ve got the financial muscle and talent to best anyone.  Despite this, their popularity is mostly confined to the USA and Canada.  The goal here is simple, take over the world and become the number one promotion in every region of the world, unseat 21CW at the top of the pile in the UK, battle it out with RAW in Australia and give them some competition.  Whether you want to go about it ethically or poach stars until you can’t poach any more this should be a fun, if ultimately not all that difficult, challenge.

Much like in real life the women’s wrestling scene in TEW 2020’s C-Verse is a work in progress.  The closure of AAA leaves QAW as the only all women’s promotion in the U.S. while 5SSW is the only major all women’s promotion in Japan although it is a shell of its former self.  This challenge can be made easier by playing a 5SSW.  Despite their low popularity, they have a lot of talent and prospects on their roster and Fuyuko Higa is basically a license to print money.  As they are the only women’s promotion in Japan, until WINNOW pops up, you have your pick of talent and nobody will poach any of your talents as none of the other Japanese promotions use women at all.  5SSW is certainly a tedious challenge but it shouldn’t take long to reclaim their former glory from the “magic three” days.

QAW has a tougher task.  Not only is there not as much talent to pick from, although there’s a ton of prospects that you can develop into stars, you also need to be wary of the top promotions poaching your biggest stars.

21CW are the big dogs in the UK. They have big money backing, mainstream television presence, and generations of talent at their disposal.  SNP is the ECW-esque anti-establishment company with a cult following from Scotland.  It should be in any management simulator fans’ blood to want to lead SNP to glory and unseat the mainstream 21CW as the biggest promotion in the UK.  This is a tough ask however, while SNP does have millions at their disposal they could lose their top names to 21CW at any time, 21CW also has a constant stream of new talent coming from their training facility.  SNP’s product presents the biggest challenge as their hardcore, anti-establishment shows run off sponsors and involve a cult fanbase who will turn on people they don’t like in an instant.

India was a brand new game area brought in for TEW 2020, it is an empty area with no active companies or active talent based there.  This challenge is exactly what it says on the tin, create a wrestling scene in India.  This will require a lot of patience but with little to no competition is should be possible to create a new major promotion based out of India.

The smallest size a company can possibly be is Insignificant, this is for the companies that can barely pull 100 people to shows and have trouble filling out a card without repeat bookings.  The goal of getting a promotion, likely a created promotion, to become a Titanic-sized superpower in the world of wrestling is as difficult as you’d imagine.  Simply growing at the smaller sizes is a practice that requires a lot of patience to balance running quality shows with your small finances.  Then if you manage to survive for long enough you’ll run into regional battles and national battles to make your climb even more difficult.

Only the best TEW players can pull this off, not only because of the difficulty but also because of the time it takes to make it work due to all of the challenges it presents.