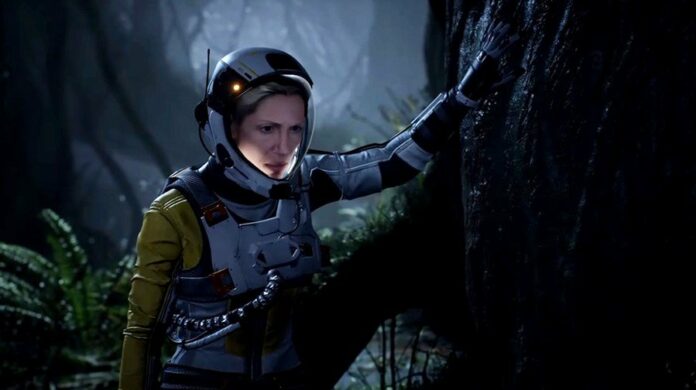 On this episode of Video Games 2 the MAX hosts Sean Garmer and Marc Morrison are once again joined by The Outerhaven’s Keith Mitchell (Follow Keith on Twitter at @Shadowhaxor).

Keith and Marc dish on the games they’ve been playing which includes Keith talking quite a bit about his time with Outriders. What he enjoyed about it, the server problems, and what the dwindling player numbers could mean for the future of the game. Marc has been playing some Puyo Puyo Tetris 2 and Sean checked out the Retro Machina demo too.

That’s not all though, as both Keith and Marc have played some hours of Returnal. Marc even got through and defeated the Boss of the second biome. The guys discuss what they enjoy about the game so far. Some of the early story, the shooting mechanics, the Roguelike elements, and give thoughts, on the whole, save controversy too.

The guys also discuss the decision by Activision to move the makers of Crash 4, the Toys For Bob studio, to working on Call of Duty and why it could spell the end of the cartoon games for the publisher. Not to mention, the decision from Microsoft to lower their cut to match the Epic Games Store’s 12 percent and make improvements to the Windows Store. Will this move entice developers to bring games to the platforms? Is Microsoft planning PC exclusives? Or this a little too late?

Plus, Keith gives his thoughts on Google Stadia as a whole, the trio wonders what genres Sony could add to their Games Lineup, Konami not making E3 2021, they also review the Mortal Kombat (2021) film too.

Things finish with a look at some of the crew’s favorite PlayStation exclusives.

The End of Toys For Bob, Returnal, Mortal Kombat 2021

Games We Are Playing:

Toys For Bob Put on Call of Duty and Possibly Suffers Layoffs (37:40)

What genres does Sony Need to add to its games lineup after they promise to spend $183 Million on studios and partnerships (1:11:40)

The End: Some of our favorite PlayStation exclusives, Keth and Sean talk about their puppies (1:31:45)

There are no ads on this show because we had a guest, but please go support the show and the entire W2M Network via enjoying a special offer on Grammarly or a 30 Day Free Trial of Amazon Music Unlimited