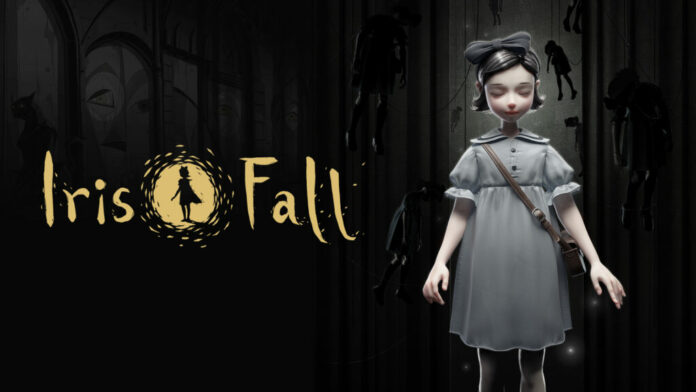 The puzzle genre is a hit-or-miss genre. Puzzles have to be fun, engaging, and connect with the story. For Iris.Fall, developer NExT Studios have created a puzzle game that has the feeling and atmosphere of a short fairy tale story. The puzzles are fun to complete and some will make you feel like Albert Einstein after finishing them.

Iris.Fall is a Short But Sweet Puzzle Journey

You play as Iris, a girl of about 10 or 11 years old. She awakes from a dream and sees a black cat in her room. She follows the cat and is transported into a world of mystery, filled with puppets, pictures of an unknown origin, and a strange labyrinth of light and shadow. Cut scenes happen sporadically but the game doesn’t spell out what is happening.

The crux of the gameplay is solving puzzles. Puzzles range from changing to Iris’ shadow to access items you can’t get in the real world. Others involve moving objects, connecting wires, playing around with lighting, moving stairs, and even Rubik cube-type puzzles. Gamers who regularly play puzzle games will know the gist and what is expected. Some of the puzzles were easy to solve. Others I completed by mere accident without knowing what I was actually doing. The Rubik cube puzzles were the most difficult. Those will take a lot of time and patience for gamers not used to those mind-bending puzzles.

The game can be completed in about 2-4 hours. Again it depends on your proficiency in puzzles how long you will need to complete the game. There are no fail states, you can’t die, so there is no way to get a game over. Replayability will come down to if you want to speedrun through the game and unlocking all the trophies/achievements.

The controls of Iris.Fall are simple. You can move around, use items in the environment, and use the directional and action buttons to solve puzzles. There’s no jump and no way to change the camera. It’s a simple interface that works perfectly for the game.

Iris.Fall has a mostly desaturated color palette. There are occasional colors from sources of light. It’s a great, minimalist choice to go with. The mostly colorless and less vibrant design adds a mysterious, dreamlike tone to the game. It isn’t haunting or spooky like a horror game. But it is the type of game you should play in a dimly lit room at night.

There is no dialogue in Iris.Fall. All of the sounds are from the environment. A unique and great choice by the composer of the game was to use an accordion frequently on the soundtrack. It’s an instrument you don’t hear often especially in video games. It helps to add to the dreamlike tone of the game.

8 out of 10: Iris.Fall is a fun, short puzzle adventure. Controls are simple and the monochromatic design of the game adds to the dark, fairytale aesthetic of the story. Replayability isn’t that high other than trophies/achievements. It’s a great game you can complete on a rainy day.

Iris.Fall is available on the Nintendo Switch, PS4, Xbox One, and Steam. A code was provided for the PS4 version for review purposes.