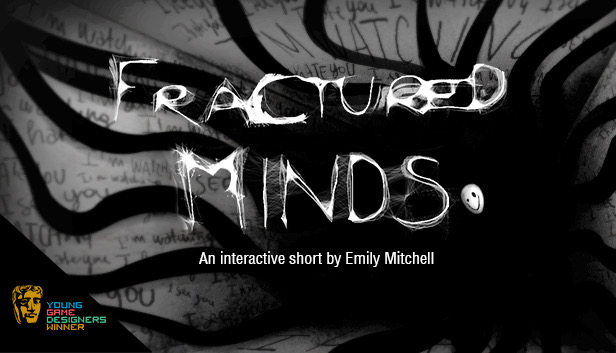 Bargain Corner goes in a different direction this time as instead of playing cheap games at random we’re going to play an award-winning video game that costs just two euros on the Playstation 4 online store.  Fractured Minds was developed by Emily Mitchell when she was just 17 and was later published by Wired Productions and released in November 2017.

This game was designed to immerse the player in an experience that simulates living with mental illness.  The game achieves this by intentionally making some things hard to focus on, it feels like the simple act of focusing on keys requires more effort than it should, all the while the atmosphere around you changes and becomes unsettling.

That unsettling feeling is one that doesn’t go away as the game lighting gets darker and you wonder when the monster will next rear its head, each person will have an individual reaction but this gamer got more anxious with each passing level.

The game isn’t full of jump scares but there are occasional moments where the game looks to keep you on your toes with weather changes or shadows appearing out of nowhere.

This game handles very well, a credit to its 17-year-old developer Mitchell who did the work herself.  It’s not The Last Of Us but the game controls and looks well enough that it never takes away from the immersive experience.

Despite only having a 30-minute run-time Fractured Minds is a fantastic experience that truly shows the player what it’s like to experience a number of mental illnesses through the music and tone of the gameplay.  One playthrough is not enough and this is a game we will be desperate to play again to pick up on more of the game’s lore.  For such a small price this game provides a deep and relatable experience for the player.