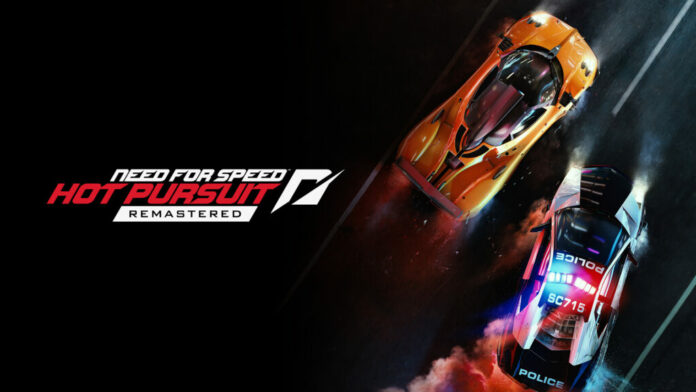 Electronic Arts and Criterion have brought Need for Speed: Hot Pursuit Remastered to the Nintendo Switch. Originally released ten years ago, this remaster is ready to burn rubber once more.

As you load up the game you will notice that everything from the original game is right there in front of you. The options screens are neatly laid out with quick races, online racing and career modes all ready to go. If you have just jumped into the next generation by the way, you will need a little patience as loading times are a tad slow but it is not the worse example I have seen that is for sure.

But let’s get down to the game itself.

What’s it all About?

Need for Speed: Hot Pursuit Remastered is all about the speed and the thrill of the chase. You can either be an illegal racer or one of the cops chasing the so called outlaws. Pick your car and put your foot down! This isn’t a game for simulation purists but for the arcade gamer this is superb! You pick up nitro bursts as well as weapons for your cars and it is all for one and one for all to get the finish line first. The more wins and quicker ties you record, the more XP you will gain as you move up through the outlaw or Police ranks.

You are in Seacrest County and those familiar with the NFS franchise will be right at home here. Winding roads, tight bends and dark tunnels are all challenges to overcome as you head for the top. You can go full throttle on the attack and look to takedown opponents or you can opt for a more defensive game and let opponents deal with each other whilst you nip in and steal their places in the race. The attack option is the one that makes this game fun though in reality.

Autolog allows you to play the game cross platform and means the multiplayer has numerous hours of gameplay. The online action is fast and runs beautifully in booth docked and handheld modes. You can pit yourself against friends all over the world and challenge their times or engage in brutal races to earn extra money which in turn will unlock new cars, more decals and weapons. Local multiplayer is split screen and also runs well on Nintendo’s hybrid console. The amount of fun to be had is immense.

All of the original DLC is packed in with this remastered version of the game which adds around six or seven hours of extra gameplay and is welcome indeed. There are 30 new challenges to be had and it just adds to longevity and replay-ability of the frame.

This version of the game runs at 1080p in docked mode and 720p in handheld mode with both running at a solid 30FPS. Criterion have done a great job with the visuals and the feeling of speed is well executed. There is a tiny amount of pop in the far distance but nothing that intrudes on your fun with the game and this is one of the most gorgeous looking games on Nintendo Switch.

Although an older game, Criterion have done an excellent job in refreshing the game and making it look at home in 2020. Graphically it looks great and runs well in both docked and undocked modes. The price is more sensible than previous remaster Burnout Paradise and all in all this is a game I highly recommend to anyone who has the Need for Speed.