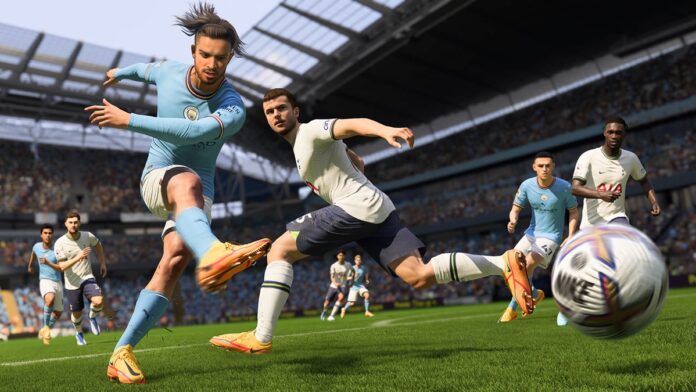 FIFA players tend to gravitate towards younger players in any save. Whether that is because they want to see an unearthed gem reach his full potential or because they want long-term stability, it is always in demand. That is why I have decided to take a look at the best young CB options in FIFA 23’s career mode.

The Italian defender has already earned himself minutes in the Serie A and currently plies his trade with Atalanta. His potential is in the high 80s and while his pace is lacking, his defensive abilities more than make up for such a shortcoming. With a transfer value of just a few million there are few better bargains in FIFA.

The perfect partner for Scalvini in my opinion. Lukeba is a fast, physical defender whose overall could go up by about ten points. He’s very good at making interceptions which should make him a key part of any defense. His transfer value comes in at around 15 million, which is an absolute steal given his qualities.

Sterigou’s transfer value is similar to Scalvini’s and he offers just as much upside. Upon signing he certainly won’t be near the first team, although his strength and heading ability make him a solid defender, but in time he can become a mid-80 overall player.

Available for just seven million from Sevilla at the start of saves, Tanguy is a must-get. He starts with an overall in the 70s which makes him a starter in some lower tier teams, but he can boost up to an 85 in time.

Antonio Silva is one of the best young CB options in the entire game and his value is just five million euros to start off. He is a ball-playing defender with strength, speed, and stamina. When he hits his peak he could be unstoppable.

What do you make of our list of the cheapest and best young CB options in FIFA 23? Any ommissions?

Full List of Kirby And The Forgotten Land Codes