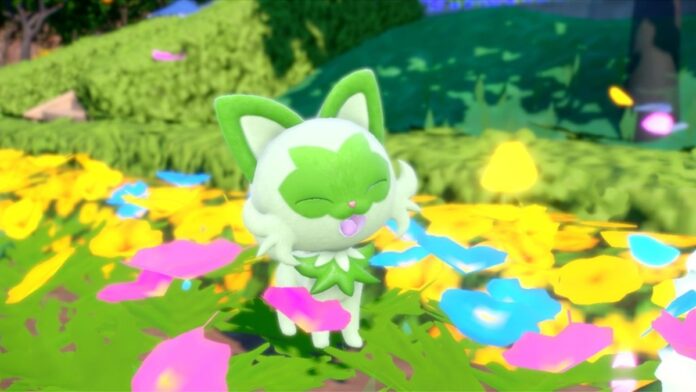 Sprigatito has already made a mark with Pokemon fans. The suave but adorable grass-type Pokemon is one of the three starters in Scarlet & Violet, and we must say all three have made an impression. But that begs the question, what is the best team for Sprigatito? In this article, we will explain which Pokemon to get for your squad AND when to make changes as the difficulty scales.

This early game allotment covers a large variety of element types. Grass, Fire, Flying, Electric, Ground, Ghost, Poison, and Fairy types are all represented with this lineup. Water is the only base element not included but the variety of rarer elements makes up for it.

Stick with the base Pokemon for the mid-game.

Opt to evolve Charcadet into Amarouge and not Ceruledge. This is because Ceruledge is a ghost type, which is an element already covered by Houndstone. Amarouge has psychic type instead of ghost, which is a strong element to add to the team late into the game.

A Magikarp/Gyarados can be added to the team in place of Paldeadn Wooper or Fidough as that would bring water and dragon-type offence to your squad. It is a less-than-optimal move but Pikachu/Raichu can be added in place of Kilowattrel but that does leave the team without a flying type unless Wooper gets sacrificed for Rookidee. I would recommend sticking to what I’ve outlined above as that is the best team for Sprigatito in Pokemon SV.