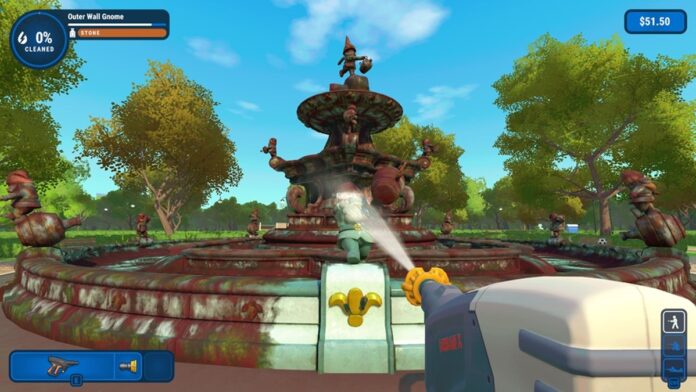 Square Enix Collective® and FuturLab announced that POWERWASH SIMULATOR, which is currently on Steam in Early Access, will be available on July 14 on Xbox Series X|S, Xbox One, and Windows 10, alongside a full release on Steam.

Powerwash Simulator Getting Full Release on PC and Xbox

POWERWASH SIMULATOR lets players wash away their worries with the soothing sounds of high-pressure water. Players can build their very own power washing business and blast away every speck of dirt and grime that they can find. With a unique take on the simulation genre, POWERWASH SIMULATOR focuses on player relaxation and escapism.

FuturLab Founder and Co-CEO James Marsden expressed his excitement for launch and its debut on new platforms: “By far the biggest request we’ve received from players is to see the game come to Xbox, and we’ve been biting our tongue for months waiting for the right time to reveal this news – we can’t wait to see POWERWASH SIMULATOR join the Xbox and Windows 10 platforms.”

“We’ve been blown away by the community support for the game, and we can’t wait until release day!” added Phil Elliott, studio head at Square Enix Collective. “We also have a lot of really exciting plans for the weeks and months to come as well, so this is by no means the end of development.”

After a successful year in Early Access on Steam, players on Xbox and Windows 10 can also build their own power washing business as they complete a variety of dirty jobs across the dusty town of ‘Muckingham’. The game promises good, clean fun for all kinds of gamers now on Xbox consoles for the first time. Square Enix Collective and FuturLab are excited to further expand the game with regular updates and much more to come!