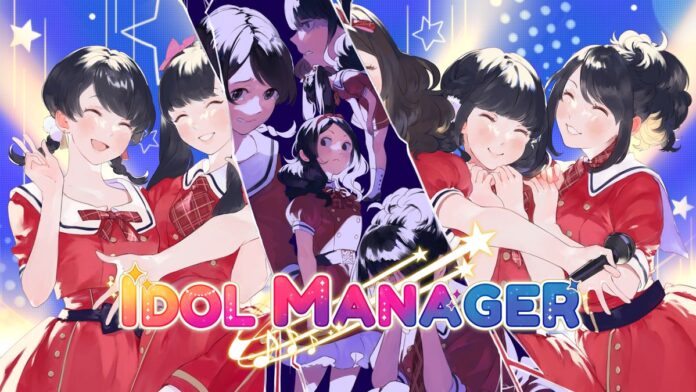 PLAYISM has announced the release of Idol Manager, an idol office management simulation, for Nintendo Switch/ PlayStation 4/ PlayStation 5 on August 25, 2022.

Become A Producer in Idol Manager

Become a producer of an idol office where you find and train the next generation of young pop stars, while managing the office by producing CDs, offering handshake tickets, running general elections, and managing directly operated cafes.

Who to hire, who to cut, and who to promote? Idol squabbles are an everyday occurrence. Random events may end with scandals about your idols. Your idol’s success is your own success, and your idol’s scandals can lead to a financial crisis for your company. Who will be held accountable? Who will get out of the situation clean? Make a variety of important decisions for the management of your office.

It is not only the office and idols that you should be concerned about. The industry is full of scandal-hungry gossip magazines, extreme idol geeks, and rival groups. There are people lurking around every corner who want to take down your agency by any means necessary. But that does not mean you should give up. This is not a “normal” idol industry after all.

What Does It Mean to be an Idol Manager

Provide voice training and dance lessons to the idols you have scouted, training them to become top-notch idols. Do you want a cool group or a cute group? Will the office control what they post on social networking sites? Or how long should their skirts be? You decide!

What will be the lyrics, idol arrangement, choreography,who is center stage, and how many members will sing per group? The players themselves will produce the music, produce the CD, and release it. Of course, be careful not to spend too much money and end up in the red.

Your Idol’s work is not limited to just concerts. They may appear in magazines, TV, or streamed on the Internet. Take on a wide variety of media outlets to increase your fan base.

In addition to releasing single CDs, you can freely operate a cafe, theater, general elections, program production, and many other types of businesses. However, there is a limit to the amount of funds you can raise. Be careful not to fall into a cycle of losing profits.

Idol management is fraught with problems, such as scandals, outside media manipulation, and interpersonal relation issues between idol group members. To avoid risks, form good relationships and aim for smooth management of the office.

The story is set in the Japanese entertainment industry, and there are many events outside the main storyline. You can even marry your idol, but how this would end is up to you.

Free play with no storyline can also be used to avoid random events and love scandals. There are two unique difficulty levels: “Relaxed,” where you cannot go bankrupt, and “Unfair,” which makes it more difficult for players to make ends meet

Overcome various challenges and create the best idol office in Japan with your own two hands!

Will you be picking up Idol Manager when it releases?

A New Look At Tiny Tina’s Wonderlands Gameplay By 2K