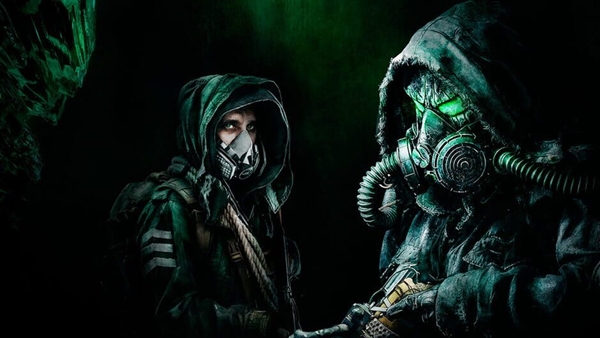 Chernobylite is an atmospheric horror game set in the aftermath of disaster. Read our full Chernobylite review to find out what we thought of the game.

A quest to find a loved one through one of the most horrific events in human history is something that brings fear and stress to the protagonist. For the players of the survival-horror game Chernobylte, developed by The Farm 51, they must endure the horrors of Chornobyl to find the answers to where Igor’s fiance is and the mystery of Chernobylite. The game is a first-person action-adventure where players must be able to explore, craft supplies, gather survival items like food or crafting, and, if they have to, kill the enemy that gets in Igor’s way, whether that is human (the NAR) or the mysterious, but dangerous creatures called by shadows affected by the radiation disaster.

Chernobylite Review: A Well Thought Out Strategy Game to Surviving The Horrors from the Past

This game depicts a well-thought-out strategic area to the goal of surviving the post-apocalyptic events of Chernobyl. There are many factors in the game that can kill the player, from enemies to the radioactive environment to poor health like hunger.

This game’s main factor is stealth, the survival factor, and the story created from the disaster more than 30-years ago. While the missions are repetitive and do not bring a lot of variety for the players to utilize, the setting of the story brings a remarkable dynamic and familiarity to those who study the incident through real-life perspectives.

This game brings a large, surprising amount of responsibilities that could be potentially overwhelming to the player. It can also bring a welcomed challenge to those who enjoy having to tackle different actions or complete numerous goals.

The surreal feeling of being in the apocalyptic world of Chernobyl

This is a game in which the players experience the horrific events of Chernobyl 30-years after the disaster. The grim nature of the game forces you to see firsthand the effects that the Chernobyl disaster has caused on the setting and the people involved. The nature of the game isn’t horrific alone; it is what comes after the disaster that has been dormant for 30 years.

With Igor being a professor, one of his main instruments is the radiation detector, which measures the volume of radiation in the environment. It brings a good authenticity to the game through the detector.

The sounds of his instrument, the whistling wind, the shadows created from the chernobylite, and the voice acting are on-par for the eery feeling of the game. The sound plays well with and without a headset. There are different languages the player can choose, including English. The preferred language of the game as established in the settings before the game is Russian, which brings another form of authenticity to the setting of Chernobylite.

When returning to the missions, the task of having to sneak around to the objectives or side missions is nerve-racking, especially when near enemies. The game gives the players an actual feeling of horror when going into bunkers. It is amplified more when Tatyana talks to Igor, guiding him through the objectives and the destruction.

The goal of the game is not to overpower enemies to achieve your objectives but rather to survive by any means necessary. Many factors can determine the success of Igor and his crew that he establishes throughout the game. The health factor is always critical as they must overcome injuries, fatigue, and lack of food. There is also a psychological factor in the game as they are mentally capable of enduring the horrors of the environment and the enemies. Crafting is also a huge need for the players’ survival.

In Chernobylite, building and crafting aren’t necessarily an option; it’s a necessity. If you don’t possess the patience to learn the mechanics and structure of building/crafting, you will have a tough time advancing through the game or completing more difficult missions.

It is important to craft and build supplies for your base and your comrades to be successful with their missions. Their health, willpower, and mentality are determined by how many resources they acquire in their missions.

One key aspect to surviving the harsh environment of Chernobylite is potentially fighting your way out of a sticky mess. When the NAR guards catch the player or the dangerous monsters caused by the disaster—if unable to run, using your knives and guns is the best solution to calm the situation.

Unfortunately, the game’s controls are limited, that gunplay is inefficient at best. The settings have the option to adjust sensitivity and turn on or off auto-aim but even then, the controls are behind and feel restrictive. If players are in a tough situation, they seem to have a problem with the shooter’s accuracy or how they shoot. The player’s movement and the environment’s graphics are also laggy, which causes some delay.

There are times when it is easier just to knife them head-to-head and hope they miss. This type of gameplay can be reckless and get the player killed during a crucial moment of a mission.

It is also tough at first because Igor is inexperienced with guns so it is understandable that the gunplay with him is rough. The player’s capabilities to level up skills and teach better shooting mechanics will significantly help a player in missions where guns may be needed to clear enemies.

Overall, this is a game and a story where stealth is the way to go for completing objectives and missions. That was something that was established at the very beginning of the game. This is also a game where patience and timing are key. Still, with guns being available for players to access, it should be something that is more reliable, but the mechanics feel off.

Characters and Story Is the Driving Part of the Game

Several first-person survival games do not focus on or create a backstory for the playable characters. Far Cry and Outlast are two prime examples of this lack of concern for the main character. In Chernobylite, the game’s primary focus is ensuring that Igor searches all over the apocalyptic setting of Chernobyl to find Tatyanna.

The game starts with a compelling story with some dark moments, interesting characters and their interactions, and throws in some twists throughout the game. Chernobylite also features an interesting and unique antagonist instead of a bland regular villain that makes his henchmen do his work.

The story continues to be interesting as the game progresses as the player sees the flashbacks of the night of the disaster 30-years ago. This brings a more personal and horrifying perspective of the game to the players as they mostly hear the sounds of panic and the disaster unfolding.

In the end, the player will be given choices of what to do after defeating the villain. Their choices affect how the ending is played and what happens to all of the major characters of Chernobylite.

This was a game where I was pleasantly surprised by how riveting the story was. The characters, the story, and the villains continued to engage my interest. The sounds, music, and noise were true to the nature of the game and the setting.

There are times when the background effects, such as the lightning and the flames are very good, but as the player gets closer, they start to become drifty. The effects and scenery are good, but some effects can cause the game to glitch slightly. It is even more glitchy when going through the portals.

The missions are more simplistic, and the action/shooting is subpar, but the game needs tend to make up for it in stealth and building. The main purpose of this game is to get to the objectives, mainly through stealth, and while the diversity of the missions is lacking, there is no doubt they can be engaging.

For players who want to be invested in a game that takes time and a lot of strategizing in a horrifying setting, Chernobylite is the game for them.

Do you agree with our Chernobylite review?

Leave your comments below and let us know your thoughts!
Featured Image

Assassin’s Creed Valhalla – Reviews Are In