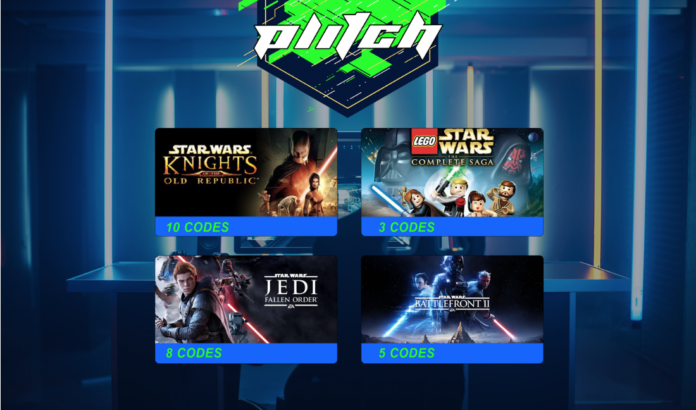 May 4th has come and gone but the Star Wars Day celebrations continue!

MegaDev, the team behind the premium PC game customization and training software, PLITCH,  is offering free customization codes for Star Wars Day. These codes will give players the ability to tailor gameplay experience in four popular Star Wars games.

You won’t become a Jedi with these powers, but they’ll at least help you play like a powerful Padawan.

Star Wars: Knights of the Old Republic transports players four thousand years in the past. Dark Malak, Darth Revan’s apprentice, has unleashed a Sith armada against the Republic, and it is up to the player to band together with their companions and put a stop to Darth Malak’s terror.

With PLITCH, you can get a jump on the action from the get go, and give yourself a credits boost, a few extra skill points, or even show your enemies just how skillful you are by removing the skill points and attributes from your characters to make the game more challenging.

Spanning from the Naboo Trade Federation negotiations in The Phantom Menace to the Rebel attack on the forest moon of Endor in Return of the Jedi, Lego Star Wars: The Complete Saga was the second classic Lego Star Wars game. Players can use codes like infinite bricks or godmode to really let their creativity shine!

Maybe some of these free customisation codes for Star Wars Day will make up for the lack of building elements in the new remake, Lego Star Wars: The Skywalker Saga.

Picking up five years after the execution of Order 66, Star Wars Jedi: Fallen Order puts you in the poncho of Padawan Cal Kestis, who is on the run from the Empire and Darth Vader’s sadistic apprentices.

Together with your companions, you must restore the Jedi Order and finally end the Empire’s tyranny. Give yourself the ultimate advantage against the Sith with PLITCH, by using codes like infinite force, lightsaber energy, and increased skill points.

Players get the perspective of hero and villain in Star Wars: Battlefront II, where they’ll take on the role of Imperial commander-turned-defector when they become disillusioned by the Galactic Empire’s tactics. For an even more grandiose adventure, players can use such PLITCH codes as godmode and ability cooldowns.

A Galaxy of Codes

More, there is available through the PLITCH app, hmm? Amazing games there are, yes. Check out the list below for more free customization codes for Star Wars day, you must, and May The Force Be With You:

PLITCH is the customization platform that lets you game the way you want to, with customizations for over 3000 single-player experiences! The platform is continually growing and supporting the latest and most-coveted games.

Will you make use of any of these free customization codes?