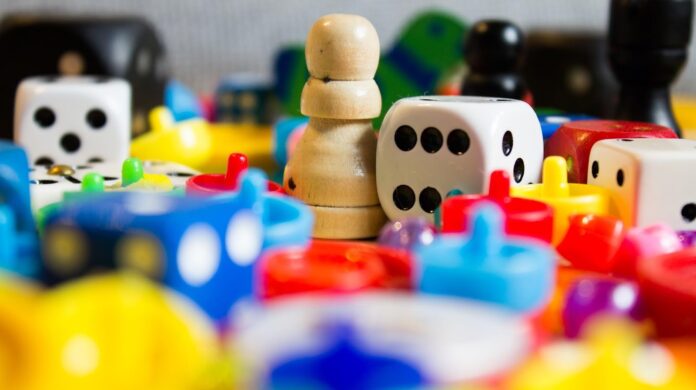 Mobile gaming has grown in importance in the video game business, with numerous new games launched for iOS and Android devices in recent years, including popular console titles ported to mobile platforms. Some of these games, such as PlayerUnknown’s Battlegrounds Mobile and Garena Free Fire, are even included in esports leagues and competitions. As smartphone usage grows at an exponential rate throughout the world, the need for mobile games has never been stronger.

However, there are instances when we are not in the mood for competitive games and simply want to enjoy a game to kill some time or even unwind with our friends. Given we were compelled to stay at home due to health constraints last year, playing table and board games with our friends became more difficult. However, by using the applications, websites, and platforms presented in this article, you will be able to play some of your favorite games in the palm of your hand.

Table games such as roulette, blackjack, and baccarat have been popular pastimes across the world for years. However, as most land-based casinos were forced to shut down last year, punters all over the world resorted to iGaming platforms to keep the excitement going.

Despite the nearly limitless number of websites available, there are many reputable operators that offer these classics, whether on mobile-friendly websites or mobile apps. With the adoption of smartphones increasing exponentially year after year, most iGaming developers are constantly pushing for innovations to provide the finest mobile experience to both casual and high-roller players.

These websites include accurate gaming mechanics, attractive visuals, and provide a realistic sense for people playing from the comfort of their own homes, with game selections ranging from roulette and craps to card games like baccarat and poker. There are also games with live dealers, who manage and operate the game in real time as players witness the whole gaming process via streaming.

Many traditional board games are accessible online and on mobile devices, and some of them wonderfully mimic the experience of playing our favorite games. Both the iOS and Android app stores are brimming with these adaptations, but a handful stick out from the crowd.

That is the case with Monopoly, the world’s most popular board game. The game has been a pop culture sensation since it was originally launched in 1935, having been licensed in over 100 countries and printed in more than 40 languages. Marmalade Game Studio created and launched a mobile version of this classic game in 2019, which is offered on iOS and Android devices. The game includes 3D visuals and animations, a dynamic city on the game board, and a unique mode that reduces the game’s runtime.

Clue: The Classic Mystery Game, another old-school favorite, is also available for mobile devices. You’ll have to answer the iconic questions – who, what, and where – and figure out who of the prominent characters – Colonel Mustard, Dr. Orchid, Professor Plum, Miss Scarlet, Mr Green, and Mrs. Peacock – killed Mr. Boddy using the same gameplay as the board game. Marmalade Game Studio also created the game, which features in-app transactions to unlock additional characters and themes.

Sandboxes for Board Games

However, if you want to branch out from the classics and try out new themes, unique gaming modes, and diverse titles, there are two pretty fascinating possibilities open to you.

Tabletopia, which was launched in 2015 following a successful crowdfunding campaign, is an online portal and mobile app that allows users to design and play tabletop games, with over 1,600 games available, including famous titles such as Santorini and Wingspan. However, if you’re feeling very creative, you may design your own board game.

Since several titles are still in the early stages of development, users only need a Tabletopia account to play, although certain games require a premium membership. Because the game runs on a sandbox platform, it lacks AI players and rule enforcement, but it does have a variety of tools that aid with gameplay.

But there’s also Tabletop Simulator, a video game developed by Berserk Games and released for Microsoft Windows, macOS and Linux, and available on Steam, Humble Store and other digital marketplaces. The game allows players to create and play tabletop and board games in a multiplayer sandbox.

The base game includes 15 tabletop classics such as poker, chess, and dominoes. However, the biggest aspect of the game is user-created content, since players may utilize the workshop to digitize any board game and make it accessible for download to any other player. Tabletop Simulator includes virtual versions of games such as Zombicide, Monopoly, and Carcassonne, as well as countless more that are constantly created by users.

The Most Underrated FUT Card This Year