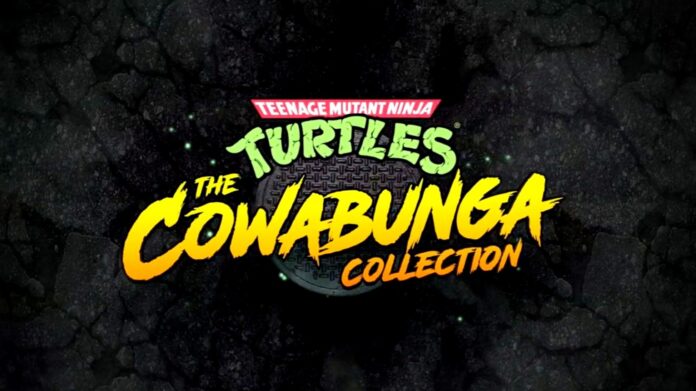 In a surprising reveal, it was announced that Teenage Mutant Ninja Turtles: The Cowabunga Collection will be arriving later this year. Set for release on PlayStation 5, PlayStation 4, Xbox Series X|S, Xbox One, Nintendo Switch, and PC, this compilation features 13 classic TMNT titles. The titles in question span such platforms as the Nintendo Entertainment System, Super Nintendo, and Arcade. TMNT: The Cowabunga Collection will release later this year, with digital and physical versions retailing for $39.99.

What to Know Regarding Retro TMNT Game Compilation

In collaboration with Nickelodeon, Konami will bring Teenage Mutant Ninja Turtles: The Cowabunga Collection to the aforementioned platforms. Thirteen classic games, as well as their Japanese versions, will be included in the collection. Part of this collection is a number of quality-of-life features, including the ability to save anywhere, rewind, and in certain titles, play online with others. Non-gameplay media includes a digital guide for each game and a museum spanning the franchise’s expansive history. The individual titles in TMNT: The Cowabunga Collection are as follows.

There has been no shortage of retro compilations on modern platforms. Case and point, it wasn’t long ago that, during a Nintendo Direct, Portal: Companion Collection was announced for release. Teenage Mutant Ninja Turtles: The Cowabunga Collection is among the most interesting and it’s easy to see why there’s excitement surrounding it. Those that played video games during the late 80s and 90s will attest to the prevalence of TMNT titles, a number of which are fondly remembered to this day. The iconic Arcade game and Turtles in Time for SNES are fan favorites, though the addition of rarer titles such as the NES version of Tournament Fighters makes this collection all the more worthwhile.

The bonus features announced for TMNT: The Cowabunga Collection seem to round out an already impressive compilation. Saving and rewinding during gameplay should be welcome features, especially for the collection’s more challenging titles, the first NES game included. Granted, the $39.99 price tag may turn certain gamers away, especially given the age of the contents within. However, with the number of games included and the additional features part of this package, it will be a release that old-school gamers and curious new-school players should keep an eye on.

New Explanation Trailer Gives a Deep Dive Into the World of...