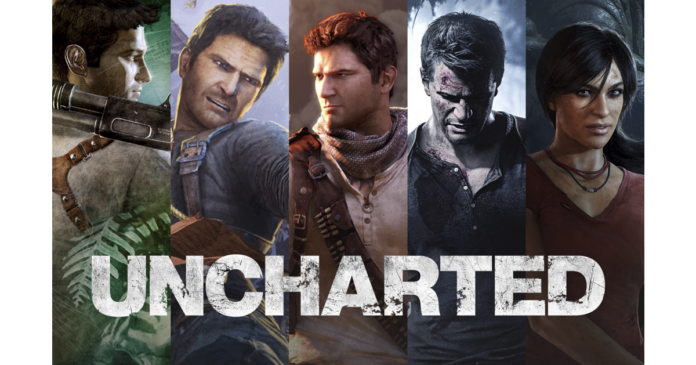 In celebration of the Uncharted movie releasing on February 18th, we caught up with some Uncharted cosplayers and learned more about their craft.

In this edition of Last Word on Gaming’s video game cosplay series, you can learn more about the Uncharted cosplayers and their love for the series.

What Inspired You to Cosplay Nathan Drake?

“When my friend and I first played Uncharted 4 over lockdown, we both absolutely fell in love with the game as a whole (the graphics, the characters, the mechanics, etc). I saw a lot of myself in Drake, such as his willingness to help others and his humor. More than that, I also related to his less desirable traits – like his lack of communication and the hero complex which are both addressed in Uncharted 4. As a character, he definitely helped me with accepting my own personality and working to better myself. I wanted to show my overall gratitude and love for the series via the cosplay. And, hey, the locations are super fun too.”

“My main Drake cosplay is his Libertalia outfit in Uncharted 4. It’s quite simple, especially compared to others I’ve done, but it definitely needed a lot of perfecting. The first test of him back in 2020 was with a blue long-sleeved thermal layer and some denim jeans! Suffice to say, I don’t use either of those anymore… I went through many iterations of his trousers until finally getting a fitting pair very recently, I also thrifted a blue henley shirt. I have a lot of fun with props in cosplay, so after getting Drake’s signature Uncharted 4 holster, I got a fake gun to go with it (and later on, an engraved sword from the boss battle with Rafe Adler). Right now, I’m in the process of weathering it all to make it look like it’s gone through all the adventures Drake has, with fake blood stains, dirt, and cuts.”

“I love the hidden dialogue/cutscenes you can trigger in Uncharted (namely Uncharted 4). It shows you such a depth to the characters that you wouldn’t even know about if you just went a different way or didn’t interact with an object. Nolan North’s ad-lib is always spot on. The lesser-known voice lines are usually the best!”

“I can’t wait to watch the action sequences! It’ll be interesting to see how they’ve been able to use their ‘movie magic’ to do iconic Uncharted scenes. I’m also very excited to see interactions between Chloe & Drake. To me, their relationship is one of the most interesting in the series, and I would love to see more. I think Tom Holland is a brilliant actor and will do a great job as Drake. It’s just going to be very weird seeing anyone other than Nolan North, Nathan Drake himself, play the role. Overall, I hope that it holds its own as a stand-alone, almost alternate universe type what-if film. I’d enjoy it a lot more if it wasn’t trying to compare to the games – because that’s a very high standard!”

You can keep up with Dastardd_Cowboyzz and other Uncharted cosplayers on Instagram.

What Inspired You to Cosplay Sully?

“Looking back at the cosplay now, I can’t think of a reason other than I had recently jumped back into a playthrough of the game franchise, and was having a blast. I’d just completed Uncharted 3 and was halfway through Uncharted 4. Obviously, there are many, many cosplays of Nate and Chloe out there, but far fewer of Sully, despite him being such a wonderful character – a voice of reason who is nonetheless down for anything, especially if Nate asks. At the time, we were in lockdown, so I was doing a lot of quick, easy closet cosplays at home, which would let me practice my styling and photography. I recognized that I had everything I needed, right then and there, to cosplay Sully.”

“The actual costume was very easy. I would even call it a closet cosplay as I already owned all the clothes and accessories. What took considerably more effort was the crossplay makeup. I used crepe hair and spirit gum to apply the mustache, which I then had to style and age with makeup. My partner is a professional makeup artist, and she instructed me how to convincingly age myself, as well as add more masculine touches like subtle stubble.”

“Apart from the banter in general, I have many favorites. I don’t think the train stage in Uncharted 2 has ever been equaled by another action-adventure game, and I have a soft spot for the entire level in Uncharted 3 set on a cruise-liner-turned-mercenary-base. Meanwhile, Uncharted: The Lost Legacy is probably the only game I’ve ever scored 10/10. I know it’s a spin-off of the primary series, but it’s perfect on every level.”

“Not really. I guess I’m mildly curious, but I don’t need a “kid” Nathan Drake tale. What I really loved about the Uncharted games is that all the characters are fully-fledged adults, with a lot of experience (and baggage). I know that showing heroes in their late teens/early twenties is a way to appeal to a valuable younger audience, but not everything has to be “reimagined” to fit that model. I don’t think I’ll be making the effort to watch the Uncharted movie at the cinema.”

What Inspired You to Cosplay Chole?

“From the first moment I tried out the Uncharted games, I was hooked. It quickly became one of my favorite franchises and I really wanted to cosplay someone from it. Actually, in 2014 I did my very first ‘character’ cosplay, which was Uncharted 2 Chloe. Back in the day I had no real intention of becoming a cosplayer and just wanted to hang out with two of my best friends who happened to go to a con while dressed up as Elena Fisher and Ellie Williams, as we all were fans of the Naughty Dog franchises.”

“Then in 2017 Lost legacy was released and I was incredibly excited to see Chloe again in action. I got the spark to cosplay her again, but better this time. I already found her a very interesting ‘grey’ character in Uncharted 2, as some sort of darker version of Nate, but in Lost Legacy, they gave her even more depth and dug deeper into her backstory and it only got me more excited.”

“Chloe is one of my more simple costumes, but also one of my favorites. For the pants I just took some old pants I had lying around, the shirt was an accurate shirt I found online and the watch was a cheap but accurate watch I destroyed and made a new watch strap for.”

“Most of my time just went into looking for affordable but accurate clothing, shoes, and accessories. When I received my items, I just had a lot of fun recreating the dirty, sweaty look with acrylics. Making the gun holster and pouch was actually the first time I used and tooled actual tanned leather and it has become one of my favorite materials to work with, thanks to this project. Overall it was super simple and relaxing.”

“Pretty much all of the stupid jokes, the bonding between Chloe and Nadine, the ‘lift scene’ in Uncharted 4 where Elena and Nate talk it out, and the ending of Uncharted 2. The Crash Bandicoot scene is also just adorable. There’s so much chemistry between all of the characters which makes any interaction enjoyable. And of course, the action and gameplay are amazing. The games were overall the perfect ‘feelgood’ game on a rainy day.”

“I’m certainly super curious to see how they will interpret the characters and universe. I have mixed feelings towards the movie so I try not to set any expectations. As Uncharted is already a love letter to adventure movies and draws very obvious inspiration from those so I was already a bit surprised when they announced the news about the movie. I’m also not 100% on board with all of the casting choices, but maybe the actors might pull it off really well. I couldn’t make up which direction they’d go with the trailer, though. So I’ll just wait and see :)”

What Inspired You to Cosplay Elena?

“I’ve admired Elena’s character ever since I first saw her in Uncharted: Drake’s Fortune. I love the way that she and Nate interacted on the boat and it’s been cool to see how her story has unfolded.  As a younger person, it was amazing to see this strong and independent character who can hold her own in the toughest situations. She’s definitely inspired me and is absolutely the kind of girl that I want by my side when going across the world.”

“I love how timeless and adventurous her outfits are, especially her reporter clothes. I wanted to show how cosplay can be done sustainably and affordably; so, I looked for good quality clothes in charity shops and even made some of the items. You really don’t need to spend all your savings to get a great-looking cosplay. My favorite thing about this cosplay in particular is how simple it was to find the vast majority of the outfit (even if it was a bit tricky to find a camera for it). I also adore the little details involved with the cosplay, making her reporter pass was definitely a highlight for me.”

“I love how these games encourage you to explore and be curious, there are so many hidden trophies to find just by looking around. I especially enjoyed looking through Nate and Elena’s wedding photos in Uncharted 4. Little details like that are present throughout the whole series, it really makes you believe that they have a genuine connection. The writers and developers did a really fantastic job with creating flawed and interesting characters you actually want to root for.”

“I am honestly so excited for this movie. I think they’ve made amazing casting choices so far. As someone who completely adores Sullivan, I thought that Mark Wahlberg was a great choice. I think he’s really going to suit the role as he’s played so many comedic characters before, but he’s also able to do action well too. It’s going to be really interesting to see how he meets up with Nate and how their story plays out through the movie.”

Keep up with Uncharted cosplayers on their respective social media accounts. Check out my own cosplay at ArcticBlastCosplay and the wrestling articles I write for LWOPW here.