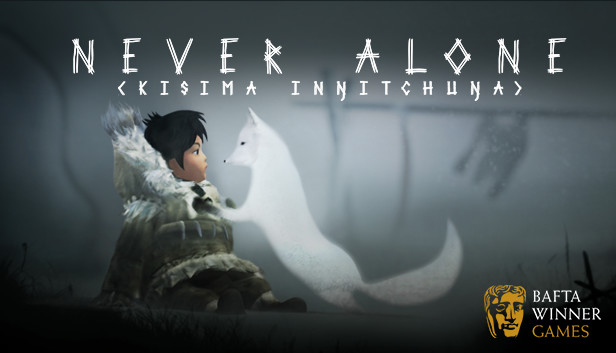 Originally released in 2014, Never Alone (Kisima Inŋitchuŋa) was the first commercial video game based on a U.S. indigenous culture and was created by game development veterans in close collaboration with nearly 40 Alaska Native elders, storytellers and community members. The Arctic Collection combines the award-winning game with its Foxtales expansion for the complete, ground-breaking experience.

As well as bringing Never Alone Arctic Collection to Nintendo Switch, E-Line Media can also confirm that a sequel, Never Alone 2 (working title), has entered pre-production. Provisionally scheduled for release in 2024, the sequel will again be developed in collaboration with the Cook Inlet Tribal Council to share more treasured Iñupiaq stories with the world.

“The story of Never Alone continues to grow with its launch on Nintendo Switch and through other promising partnerships” says Amy Freeden, Executive Vice President & CFO, Cook Inlet Tribal Council, Inc “CITC is excited to continue its partnership with E-Line Media and bring new voice to Our People’s stories through pathways that have true impact.”

“Working with the Cook Inlet Tribal Council and the broader Alaska Native community has been a truly inspiring experience for the E-Line team and we are excited to bring the Never Alone Arctic Collection to the Nintendo Switch, an ideal platform for the game’s culturally rich co-op gameplay.” says Alan Gershenfeld, President & Co-Founder, E-Line Media “We are also pleased to announce that we’ve begun pre-production on a sequel to Never Alone, building upon the same inclusive development partnership for sharing and celebrating Alaska Native culture and storytelling with a global audience”

Check out the trailer now!