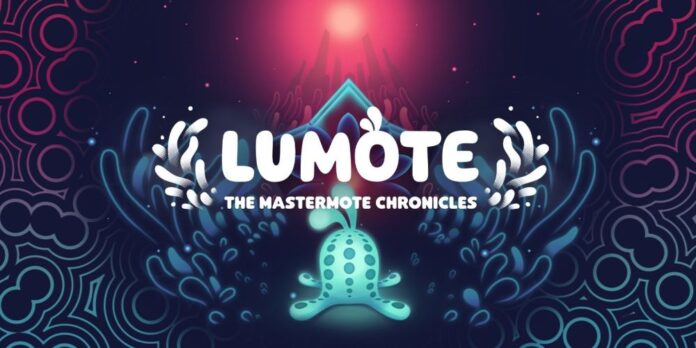 What to Know Prior to Retail Release

Lumote: The Mastermote Chronicles expands on the early access PC game, Lumote, supporting Luminawesome to deliver a complete version of the critically acclaimed release that delivers additional story, creates a whole new game world playing as the mighty Mastermote, and includes a new level of challenges, puzzles, and collectibles. With a brand-new gameplay trailer, narrated by Michelle Rocha, developer and co-founder of Luminawesome Games, players are taken on a journey through The Great Depths guided by the curious and adorable protagonist, Lumote. As the trailer dives into the underwater world, players are introduced to the bioluminescent creatures, known as the Motes, who spend their lives deep in the bioverse, content with living on the rhythms found in the electronica soundscape.

Submerge yourself in the hypnotic soundtrack with the brand-new limited print double vinyl for Lumote: The Mastermote Chronicles, featuring the work of award-winning composer Paul Ruskay as he takes listeners on a majestical electronica journey through the Great Depths. The stunning score communicates through music the key moments and emotional states of Lumote, deep and trance-like, the soundtrack is a monumental adventure from start to finish. Limited to 500 pressings, the Lumote: The Mastermote Chronicles Double Vinyl, featuring meticulous illustrations from artist David Sossella, is available to pre-order now via the Wired Productions store for £35 / $45.

Wired Productions is an independent video games publisher based in Watford, UK. Wired has produced and published award-winning titles across all major platforms and its games are curated to deliver on its mantra: ‘Driven by Passion.’ Bringing games to market in both physical and digital media, notable launches to date include The Falconeer, Those Who Remain, Deliver Us The Moon, Close to the Sun, GRIP: Combat Racing, Victor Vran: Overkill Edition, Max: The Curse of Brotherhood and The Town of Light. Recently, Wired Productions announced its upcoming slate of titles during Wired Direct. Upcoming titles include, Lumote, Arcade Paradise, Martha Is Dead, Tin Hearts, Tiny Troopers: Global Ops and The Last Worker.

Luminawesome’s humble beginnings came from winning an unreal game jam with the initial concept of Bump, which Kyle and Michelle Rocha fell in love with and developed into Lumote. Originally from Cambridge, Ontario, Kyle was recruited by United Front Games to work on Sleeping Dogs. With an ethos of being environmentally friendly and green, this is brought out in the game showing their own creative twist on an underwater world.