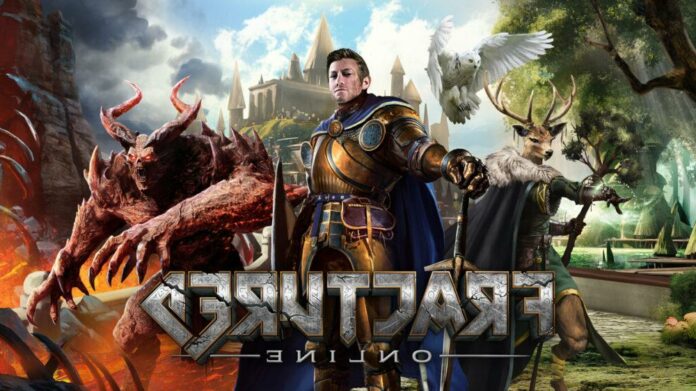 Fractured Online is a new open world fantasy MMORPG coming from Gamigo Group and Dynamight Studios. Described as a game that will either bring players together or tear them apart.  The game focuses on giving players freedom to be who they want to be by building cities across worlds or via the game’s player driven economy.

Fractured Online features three races: Humans, Wildfolk, and Demons. Each race has a different impact on game mechanics, such as which type of society players can live in, to the ways they interact with other players. Live within the peaceful Wildfolk community where cooperation and defensive gameplay shine or have free will while trying to follow the rules of a feudal society – like not breaking the law and “killing” other players – as a Human. For those that prefer hostility, blood, and terror, they can embrace their inner evil alignment by spawning as a Demon. Once a race is chosen, players can begin their quest for knowledge.

Jacopo Gallelli, the co founder and CEO of Dynamight Studios says that the focus of the game is worked around the idea of ‘Knowledge is Power’;

“We wanted to offer something that was more powerful and flexible than the conventional RPG level and skills progression system. In Fractured Online, we’re putting credence to the idiom ‘knowledge is power’ by introducing the Knowledge System. Our system rewards players that are courageous and clever, not for the hours they’ve spent hunting rats in a basement for some random farmers.”

Combat also plays an integral part in Fractured Online as players will find it to be an adequate way to settle a dispute. Combat is fast-paced as fighters will learn to aim, dodge, and master over 400 abilities and 40 unique status effects. Whether abilities are used against various monsters in PvE battles or your fellow players in PvP combat is completely up to you.

More information on Fractured Online is set to be unveiled in the coming months at and across our social media channels.