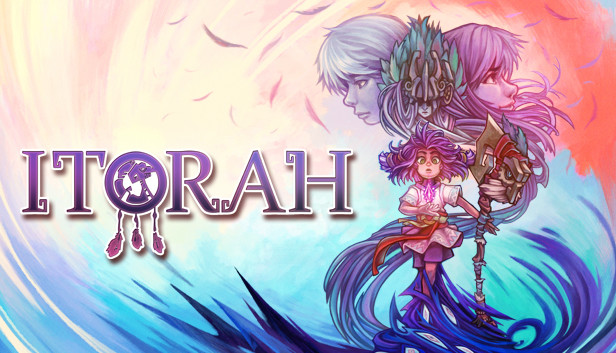 Grimbart Studios’ announced their debut title ITORAH, a beautiful hand-drawn Metroidvania heavily inspired by Mesoamerican culture and legends. In their latest dev diary showcasing ITORAH’s gameplay, players take control of the titular Itorah, the last human on Earth, armed with a chatty sentient battle-ax. They are tasked with liberating the inhabitants of the plague-stricken Nahucan, a once bountiful land turned deadly and treacherous. Solve puzzles, engage in thrilling combat and platforming, and discover the dark mystery of an arcane plague ravaging the Mesoamerican-inspired area.

Even though there have been countless indie Metroidvania games in recent memory, most of them manage to score decently or even ascend to modern classics. Grimbart Tales’ ITORAH is quickly building a following due to its striking hand-drawn visuals and creative art direction. The German studio also drew inspiration from Mesoamerican-inspired themes. From the ITORAH gameplay footage from the dev diary, it seems masterfully and respectfully crafted, from the environments to enemies to the cast of characters, it isn’t afraid to wear its source on its sleeve.

“I can promise you; behind the many layers of color leads a deep, emotional, and gloomy story that will appeal to all ages and leave you curious for more,” said Artur Bäcker, Grimbart Tales Lead Artist, Creative Director, and Co-Founder. “Our goal is to create similar experiences for future generations and to allow space for older generations to revel in nostalgia.”

ITORAH desires to balance platforming, combat, puzzles, and visual storytelling through combining the best elements of the 8- and 16-bit platforming era. They want to capture gamers of different skill levels with their philosophy of easy to learn and difficult to master gameplay. Expect to explore a wide variety of biomes, encounter difficult boss fights, and awe at the gorgeous hand-painted assets.

Wishlist ITORAH for Windows PC and Mac via Steam here.

Get Haunted This Halloween With Project Zero: Maiden of Black Water