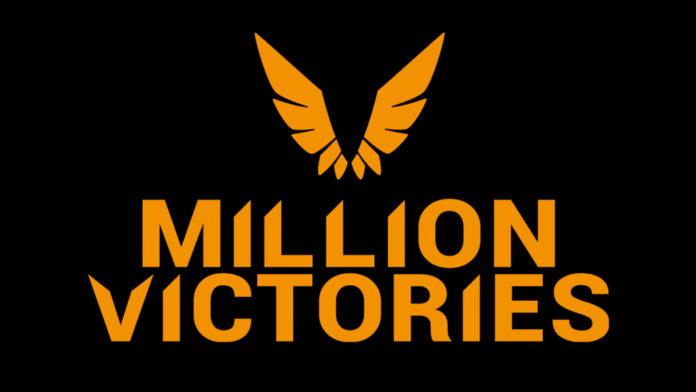 French mobile game development studio Million Victories has announced that it has received a $3 million investment. The investment primarily comes from Griffin Gaming Partners, an American capital fund dedicated to investing in the growth of gaming worldwide.  Million Victories has stated its aim is to use this investment “…to increase the studio’s headcount, scale it’s already quickly growing userbase, and develop new core mobile games to diversify its portfolio.”

Based in Lyon, France, Million Victories is the development studio behind Million Lords, a multiplayer online strategy war game for mobile devices with more than 500,000 downloads and an average rating of 4.4 on the Apple App Store. Its seasonal calendar, its gameplay inspired by classic strategy games, and its conquest system have earned the game a special place in the hearts of strategy players worldwide.

Million Lords currently has strong annual growth and high-level engagement from players who spend, on average, 90 minutes per day in the game. Million Lords has also demonstrated monetization results exceeding the segment’s average for comparable games.

Million Victories aspires to make Million Lords an essential title in the strategy game category -a segment achieving revenues of over $1 billion dollars. Initially, the studio aims to acquire new users across key markets including the United States, Europe, and Asia.

Griffin Gaming: A Partner of Choice

“We appreciate Griffin Gaming Partners’ approach and their support during this round. It’s uncommon for an American venture capital fund to support a French company in our sector. It’s with great ambition that we start the next phase of our development, in France as well as in the United States,” explains Benoît Ducrest, co-founder and CEO of Million Victories.

They are founder-friendly, care deeply for the industry and bring decades of investment, advisory and operational experience. Griffin was founded by Peter Levin, Phil Sanderson, and Nick Tuosto.

“We are thrilled to partner closely with Million Victories; Benoît and the team understand what it takes to make a great mobile game and especially in the 4X strategy category. They have quickly proved industry-leading metrics with Million Lords, and their roadmap ahead will provide additional exciting experiences for their current title and beyond”, said Pierre Planche, Partner at Griffin Gaming Partners.

It is safe to say that this investment should lead to European studio Million Victories strengthening their presence in the mobile gaming market in the foreseeable future. For more information on the studios, visit MillionVictories.com.