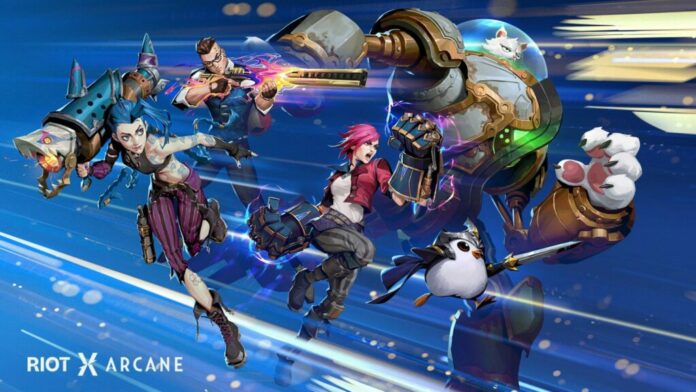 The release of their animated series ‘Arcane’ has seen Riot tease collaboration with Among Us. The company has recently implemented their project “RiotX Arcane” on November 1st to celebrate the launch of the animated series and as a way of thanking the players for pushing them forward. We have seen various gaming rewards, collaborations, and crossovers over the past few weeks because of the event.
Riot Games has now unveiled the teaser of RiotX Arcane’s next phase called “Progress Days,” where they release more content for the community, and one of these is a possible collaboration with Among Us. Watch the trailer here.

Riot Tease Among Us Collaboration – No Confirmation Yet

Both Innersloth LLC and Riot Games haven’t made announcements. However, Crewmates made a fleeting appearance in the trailer wearing League of Legends clothing. They are seen wearing a Piltover uniform and a Heimerdinger outfit, and it is possible that these are not the only attires that crewmates can choose. Although Among Us players are now definitely excited knowing that they can now try to catch the impostor dressed up as League of Legends characters we still haven’t received an exact date when they will launch the partnership, but it’s probably within the Progress Days time frame, which is November 7 up until November 13.

In line with the RiotX Arcane celebration, and as mentioned previously, the company has teamed up with multiple video game developers. We knew some of the partnerships shown in the Progress Days trailer since a couple of them were disclosed earlier this month. It is definitely exciting to see an Among Us collaboration since they haven’t dropped hints about it for the past few weeks. The teaser makes it more exciting to see the possible goodies that we could get during this period. It made us wonder what other possible surprises Riot may have up their sleeves.

Last Word on Gaming will keep you up to date with more news as and when it happens.