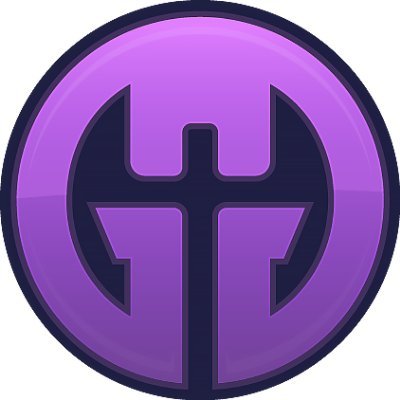 Last weekend saw 256 trainers duke it out for the prestige to win the fourth Axie E1337 Open. Hosted by Chief and Ax on the CommunityGaming platform, streamers, content creators, and top-rated players all had a chance to take home over $20,000 in prizes.

The best of three format determined the winner in each set until the semi-finals. Afterward, it became the best of five until the end of the tournament. Axie E1337 Open also featured a punishing single-elimination format, which means that players were out after one defeat.

As there were hundreds of participants, the hosts could only showcase a select number of sets on stream. Fortunately, fans took consolation with the live brackets which allowed them to keep track of their favorites in real-time. Many fan favorites blazed through their brackets, such as the third open winner Indes, and content creator Brycent. But there were also unexpected knockouts like BayAreaPH eliminating Khairru, Axie.gg’s coach. The most notable upset is CTG’s Hashekii taking down mar1 on the first round, who previously won the eSports 4 Everyone tournament and the DGG All-Star League.

The second day of the tournament presented the top 16 players who prevailed over their brackets. The first set saw Indes losing his first game against Best from Axie.tech. His Disablesaur fought back in the second game; then on the third game, his midline Plant proved too much for Best.

Meanwhile, Elazhul, who is currently rank one in Axie’s ranked leaderboard, almost took the first game from Prathap. However, he made a fatal mistake attacking into Prathap’s Plant who used Hatsune, a card that disables all ranged attacks. Because of that, his Sleepinator couldn’t deliver the fatal blow despite the speed advantage. The second game saw a mirror match with both of them using a Backdoor Poison composition. The key difference is that Prathap used Pidgeon Post (Blackmail) on both of his reptiles, which means that he could easily transfer the poison debuff back to his opponent. Prathap’s combination of smart drafting and accurate yam plays saw him moving on from this set.

During streamer RuthlessRedge’s match against BayAreaPH, luck and stats decided the winner. Both competitors brought their Little Owl (Dark Swoop) Birds to the bout, and both of them drew their backdoor combo. When they both went for the same play RuthlessRedge’s Bird swung earlier because of its lower ID number, invalidating BayAreaPH’s turn. Additionally, RuthlessRedge cunningly played Post-Fight (All-Out Shot) on the first round guaranteeing his speed advantage just in case BayAreaPH went for the same tactic— a move that initially confuddled the commentators. RuthlessRedge went to easily win the next game and set because of careful card management on his backline Reptile.

Another eSports 4 Everyone champion, Renzel, brought Indes to a third game because of his Poison team. To counter this, Indes exhibited the explosive synergy of Risky Fish and Pocky, netting him a spot on the top 4. Another Axie.gg member and E1337 Open champion, Ironman, also moved on with him. In a tournament filled with fighting plants and poison teams, Ironman revived the classic Beast, Bird, Plant team. A team rising again in popularity due to its type advantage against the current meta. Initially, the commentators doubted his choice to choose Little Owl (Dark Swoop) over the trendier Double Talk (Soothing Song). Ironman proves them wrong by efficiently placing Aroma on key targets and following up with his Beast.

The semi-finals turned into an in-house tournament because all top four players are from Axie.gg, namely: Indes, Ironman, Prathap, and RuthlessRedge. The question now is which one of them is bringing back the highest honor.

The first set sees Indes vs. RuthlessRedge. RuthlessRedge opens the first game with a Cute Bunny (Terror Chomp) composition. The composition is notorious for its aggressive playstyle and overwhelming status effects. Indes used an interesting Beast that had Bidens (Cleanse Scent) to great effect. During the last stretch of the game, RuthlessRedge’s midline was in last stand, thus preventing Indes from attacking straight into his backline Bird. Even so, Indes used his Bidens to remove the last stand tick, then followed it up with Goda (Piercing Sound) to remove one energy from his opponent. This crucial play, along with the extra defense from Bidens, fortified his Beast enough to endure his opponent’s all-in. The set ended in a sweep in favor of Indes.

Ironman takes the lead over Prathap as the set is now 2-1. They drew on the fourth game and brought the set to a final duel. Prathap used his signature Poison team against Ironman’s Double Aquas. Ironman deleted his opponent’s Dusk tank with the help of a lucky crit and chipped his midline to a low threshold. At this point, Ironman has three relatively healthy Axies to Prathap’s two, with one on the brink of death. For a while, it seems like Ironman will be meeting Indes in the grand finals. Then, Prathap brought the game back by properly prioritizing his targets and stacking a ludicrous amount of poison.

Prathap continued his momentum into the grand finals where he out drafted Indes every match. He heavily countered Indes’ Double Aqua set-up with his Double Plant team. In the second game, Prathap’s Poison team quickly took out Indes’ Bird because of the huge damage on Cerastes (Surprise Invasion). Then, he closed the game out with a crucial crit to take out Indes’ last Axie. Even on the third game, Indes’s Bird just can’t catch a break. He had to sacrifice it early because of the threat of his opponent’s Little Owl Bird. The final leg of the tournament saw Prathap juggling aggro between his Bird and Zigzag Plant against Indes’ Gravel Ant Plant. In the end, his patience paid off because he was able to accumulate enough cards to delete Indes last Axie, making him the winner of the Axie E1337 Open.

The Revolution Against Poison Comps

Poison is the king of the meta right now and trainers are finding ways to respond to that. It is tricky to fight because of multiple backdoor options. Dusk and Reptiles also have great overall base stats. Furthermore, Grass Snake provides too much value for a 0-cost card. It was surprising how Poison teams reigned over a tournament populated by the best players, especially since they were prepared for it. Bidens Plants should have been the answer, especially those with Beast/Bug damage, but Prathap carved his way nonetheless. Poison teams have too many advantages and balance changes are warranted.

Moreover, Axie.gg is reminiscent of Team Envy during early Overwatch seasons on account of how dominant they are compared to the rest. It is impressive how their members consistently place in leaderboards and tournaments. It is equally impressive how they continue to elevate the game by breeding and introducing meta-defining Axies e.g. their Hare Dagger Bird and Branch Charge Plant which was heavily featured in the tournament. All-in-all, it was a successful, well-organized tournament with a generous prize pool. Overall a big win for the Axie community.

A controversial event happened during Ironman and Prathap’s third game. The game reached the point where the only Axies left were Ironman’s Plant with Little Branch (Branch Charge) against Prathap’s Plant with Gravel Ant (Numbing Lecretion). Prathap bulked up and applied Gravel Ant. Under normal circumstances, he should have won because it would disable all of his opponent’s melee attacks, which is basically everything. Despite that, Ironman hit two critical strikes in a row, stealing the win. This elicited various reactions from the viewers. On one hand, Khairru specifically bred that Plant because of its high critical chance, and it only did what it was born to do; on the other hand, having games decided by random critical strikes could tarnish Axie’s reputation as a strategy game and its competitive scene as a whole.

Jihoz, the co-founder of Axie Infinity, once talked about crits in the official Axie Discord, stating, “I understand crits can be frustrating, but I also think that if the better player wins 100% of the time, it might not be the best for the game.” Axie Infinity combines the best parts of monster collecting games like Pokémon, and Trading Card Games like Hearthstone. Unfortunately, random critical strikes carried over from Pokémon do not blend well with the precise gameplay and strategy required in card games. There are corresponding damage numbers and exact effects written in each card; introducing critical strikes as a random variable is unfair for the opponent who puts up the right amount of shield to survive. Sometimes, it could also backfire on the attacker. If this becomes a common occurrence during high-stakes tournaments, one could make the argument that Axie isn’t eSports ready.