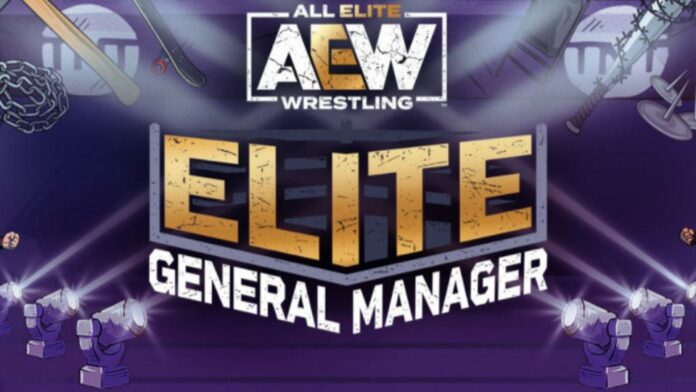 All Elite Wrestling originally announced a slate of three different games during the initial AEWGames launch.  The first was a casino game, the second a mobile-based general manager game, and the third was their console game.  While the console game is still in its early stages, the mobile releases started quickly with the casino game releasing months ago.  On July 15 the second promised game will release as AEW Elite General Manager drops on both ios and android stores.

You Are in Control

AEW Elite General Manager is exactly what it says on the tin, you control your roster of professional wrestlers, putting together shows, signing talent, and inevitably trying to put on the best shows possible by building up your biggest stars.  With the return of GM mode to WWE games constantly being requested this is one area where AEW could get a leg up on the competition.

Some players have already got their hands on AEW’s GM game as the game was briefly released in beta form for server testing and to gain feedback from players.  One such player was me!  I got to play the beta version of this game a few weeks ago.

Based on the beta version this is a game that wrestling fans will have fun with, the mechanics are simple, putting together shows isn’t at all complex, and most importantly there’s a lot to do.  One of the main draws of this game seems to be playing online against others to win the ratings war but there’s fun stuff to do offline too.  AEW Elite General Manager includes a challenge mode which sees the player set out to fulfill very specific instructions in the allotted amount of time.  In the beta these ranged from, getting a wrestler to a certain level of morale, making a certain wrestler reach a specific popularity level, booking a match with a high enough score within the allotted time, and many other challenging scenarios.

I’m excited to see what the game looks and plays like in its completed form and hopefully, players have as much fun with it as I did with the beta.