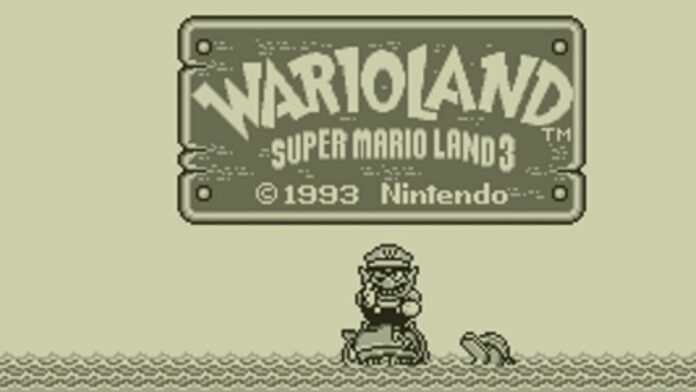 Gaming has a rich history that spans multiple decades. To this end, The Last Word on Gaming Backlog is a series that looks back on titles across all generations. From the golden 8-bit era to the landscape-changing 64-bit scene and beyond, The LWOG Backlog’s aim is history. This time, the mischievous, gluttonous Wario makes his debut as the main protagonist in Wario Land: Super Mario Land 3 for Game Boy. Let’s take a deeper dive.

Be the Bad Guy!

Wario stands as one of the most prolific icons of Nintendo. Donning a menacing grin and possessing a self-serving personality, it’s amazing how such a nefarious character became so beloved. Depending on who’s asked, Wario is preferred to his more just, approachable rival, Mario. Wario’s time in the spotlight began with a spot as the main villain of Super Mario Land 2: 6 Golden Coins. The antagonist in question became so popular that, when the third Super Mario Land title began development, it was time for a new lead. Enter the first Wario Land for Game Boy. Developed by Nintendo R&D1 and published by Nintendo, Wario Land: Super Mario Land 3 saw a worldwide 1994 release.

The Super Mario Land titles are nothing if not distinct from one another. The original Super Mario Land, which was released in 1989, was a straightforward platform with few frills to speak of. 6 Golden Coins felt more in line with traditional Mario titles, including improved graphics and overall presentation. Wario Land for Game Boy, the third in the Super Mario Land series, is entirely different from a gameplay standpoint. Nonetheless, it was a hit in its own right, spawning numerous games from there. How does the first of Wario’s adventures as the lead hold up? Here’s what to know.

Wario Land for Game Boy’s story directly follows the events of Super Mario Land 2: 6 Golden Coins. Following his failure to defeat Mario, Wario sets his castle-hunting sights elsewhere. He learns of a giant golden statue of Princess Toadstool, better known today as Peach, which the pirates of Kitchen Island are in pursuit of. With this in mind, Wario decides to beat the pirates at the punch, claiming the statue for a ransom so big that he could have a castle all his own. To do so, however, he’ll have to contend with the Brown Sugar Pirates and their leader, Captain Syrup.

Needless to say, the story of Wario Land: Super Mario Land 3 is far different from other mainline Mario titles. The goal isn’t to rescue a princess or restore order to a world fallen into disarray. Rather, it’s to secure as much treasure, including coins and trinkets, as possible. All the while, Wario must fight through several areas, utilizing his strength and girth to take down all creatures and pirates in his way. In other words, in Wario Land for Game Boy, you are neither the main antagonist nor the apparent protagonist. It’s an interesting spin that speaks to the uniqueness of the Super Mario Land series as a whole.

Though it remains a 2D platformer at its core, Wario Land for Game Boy has an approach all its own. Enemies aren’t defeated by jumping atop or grabbing hold of a Starman. Rather, Wario utilizes a charging body slam, which would become his most iconic maneuver. Keep in mind that, if Wario is struck, he will shrink, not unlike Mario himself. Wario can’t body slam enemies in this form, which is why it’s crucial that the player finds a Power Up Pot. Wario can use Power Up Pots to assume different forms, including hats that give him abilities to fly, breath fire, and utilize greater brute strength.

Making it to the end of each area of Pirates’ Island is just half of the game, however. The other half comes in the form of treasure hunting, which can be done in many ways. The most common way is by collecting coins, which are scattered throughout the island and earned by defeating enemies. Additionally, certain levels contain treasure rooms, which are accessed by finding keys to unlock them. This is where the bulk of Wario’s coins will be earned, as these treasures go for high prices. Comb through each level to ensure you haven’t missed anything.

It’s the treasure hunting aspect of Wario Land for Game Boy that makes the game especially substantial. Depending on how many coins the player is left with by the end of the game, Wario will have earned an appropriate abode. If Wario fails to collect sufficient treasure, he may be left with a dinky birdhouse, for example. However, if he manages to collect a maximum of 99,999 coins, Wario will have an entire planet with his face on it. This is where the game becomes incredibly replayable; how many coins can you earn by the end credits?

Super Mario Land 2: 6 Golden Coins highlighted the graphical capabilities of the Game Boy. The same logic applies to Wario Land, which boasts detailed sprites and environments. Enemies are easy to differentiate from one another and Wario himself brims with personality, a perpetual wily grin upon his face. Whenever Wario attacks or is struck by an enemy, said personality comes to life through the admittedly primitive Game Boy screen. Graphically speaking, Wario Land for Game Boy is solid.

In terms of audio, Wario Land for Game Boy sets the mood well. None of the melodies sound heroic, though given the personality of the title character, they’re appropriate. Wario Land’s audio composition is credited to Ryoji Yoshimoti and Kozue Ishikawa. Yoshitomi continues to work on Nintendo projects to this day, most recently as Sound Supervisor for Paper Mario: The Origami King for Switch. Ishikawa worked on games such as Earthbound, The Legend of Zelda: Link’s Awakening, as well as the next two Wario Land games.

When discussing replayability, one must consider how much time one is willing to devote to Wario Land for Game Boy. A single playthrough, a straight shot to the end credits, may not take a seasoned gamer any longer than 4 to 5 hours. Despite this, as mentioned earlier, much of the replayability comes in collecting as much treasure as possible. This game may hook a player to such a degree that they would like to earn the maximum number of coins. Collecting all treasures and picking up enough coins to reach this goal can easily double one’s playtime. Keep this in mind when playing Wario Land for the first time.

Wario Land: Super Mario Land 3 was successful in expanding the larger Mario universe, all the while establishing Wario as a recurrent character. Moving close to 5.2 million units, Wario Land for Game Boy was one of the top ten best-selling games on the platform, sharing rarefied air with its fellow Super Mario Land titles, Pokemon, and others. As mentioned earlier, Wario Land would be followed up by other titles featuring the wicked lead, including those on the GameCube, Wii, and even before these, the Virtual Boy.

As time went on, the WarioWare series would take shape, placing Wario in an even kookier concept. This series became what the garlic-eating brute is best known for today. In fact, the WarioWare franchise is worthy of a separate discussion. In terms of Wario Land for Game Boy, its popularity and influence can’t be denied. It may not be a traditional Mario title, but it successfully bucked tradition, creating something entirely its own.