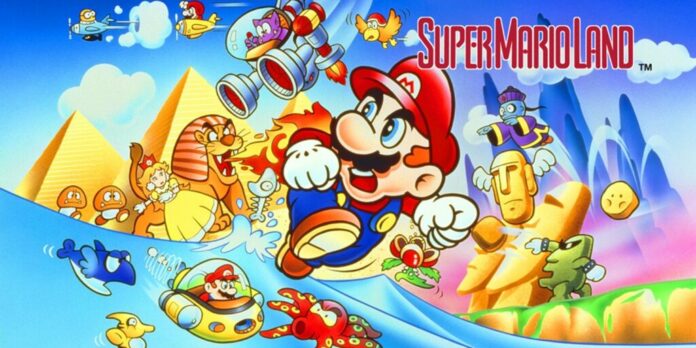 Gaming has a rich history that spans multiple decades. To this end, The Last Word on Gaming Backlog is a series that looks back on titles across all generations. From the golden 8-bit era to the landscape-changing 64-bit scene and beyond, The LWOG Backlog’s aim is history. For this installment, we shift our focus to the Game Boy to discuss one of the portable’s launch titles. Today, we will discuss the oftentimes quirky but nonetheless vital Game Boy launch title, Super Mario Land.

The original Game Boy was released by Nintendo in 1989 across Japan and North America. Seen as a successor to Nintendo’s Game and Watch series, the Game Boy was unique in that, instead of having games built-in, it utilized cartridges. After all, a console’s worth is ultimately dictated by its games. The late Gunpei Yokoi, who designed the Game Boy, knew that Mario would be the perfect character to launch the system with. Thus, Super Mario Land came to life.

Super Mario Land is an interesting title for various reasons, even beyond the game itself. It marked the first time that Shigeru Miyamoto, the creator of Mario, wasn’t involved in the development of a Super Mario title. This helped make the game feel different from its home console counterparts. Super Mario Land was one of the system’s launch titles in North America; it also released alongside Baseball, Tennis, Alleyway, and most notably, Tetris.

Super Mario Land takes place in the fictional world known as Sarasaland. Its inhabitants are brainwashed by a nefarious being known as Tatanga. On top of this, Tatanga has captured Sarasaland’s princess, Daisy. This game marked Princess Daisy’s debut in the Mario series; she would go on to make several appearances in spin-off titles. Furthermore, Super Mario Land doesn’t feature established characters such as Luigi and Princess Peach. Mario must defeat Tatanga, save Daisy, and restore peace to Sarasaland.

In terms of story, this title features the standard fare one would expect from the series. It doesn’t become much more complicated than saving the princess. However, as one of the launch titles on the Game Boy, a simple story can be forgiven. Additionally, early Mario titles weren’t known for detailed narratives. Super Mario Land’s story is simple but it’s serviceable, taking a backseat to what matters most…

Taking place in Sarasaland, as opposed to throughout the Mushroom Kingdom, Super Mario Land is one of the more unorthodox entries in the franchise. Throughout the game, Mario will traverse the four separate kingdoms of Sarasaland, running, jumping, and defeating enemies along the way. There are also a few shooter sections where the screen will auto-scroll, prompting Mario to move forward and shoot oncoming threats. The latter levels keep the level-to-level experience fresh.

Sarasaland features several unique enemies compared to other Mario titles, too. Standard enemies such as Koopas and Piranha Plants return here. In terms of new foes, Super Mario Land introduced Goombos, the Sarasaland equivalent of Goombas, the robotic Mekabons, the leaping Pionpi, and others. Otherwise, it plays similarly to other mainline entries. Granted, the controls may feel restrictive at times, but for the short time one will spend in Sarasaland, seldom will the game feel monotonous or dull.

There’s no denying that, even for its time, the Game Boy was limited from a hardware standpoint. With that said, Super Mario Land took great advantage of the hardware in question. From a graphical presentation, it was able to take the familiar Super Mario experience and scale it down to fit the Game Boy’s smaller dimensions. Not only are Mario and his foes easy to see, but each kingdom feels unique. From the desert isle of Birabuto to the rocky Easton Kingdom and beyond, every location appears distinct.

Furthermore, Super Mario Land has an incredibly catchy soundtrack. Despite the game having relatively small songs, they loop seamlessly, never feeling old. They help complement the game’s sense of adventure. This title was composed by Hirokazu Tanaka, who previously composed for such titles as Donkey Kong Jr., Duck Hunt, Kid Icarus, and Metroid. Tanaka continues to produce video game music to this day.

One of the main areas Super Mario Land falters is its length. Don’t be surprised to beat this game in under an hour. As stated earlier, it features four separate kingdoms. While they can be challenging at times, they aren’t difficult to the point where one may feel compelled to throw their Game Boy across the room. There aren’t very many reasons to replay this game outside of a harder difficulty mode that’s unlocked after first completing the game. For those that crave more of a challenge, it may be worth dipping your toes in this mode.

Super Mario Land reviewed well upon its release. While many publications criticized the game’s length, they praised it for being able to transition one of the most popular series onto a handheld system. In fact, it was so successful that it spawned multiple sequels. Super Mario Land 2: 6 Golden Coins released three years later. This title’s most notable addition was the introduction of Wario.

As the mischievous, gluttonous doppelganger of Mario, Wario would go on to star in Wario Land: Super Mario Land 3. Furthermore, Wario became an established Nintendo character in his own right. Wario Land would become its own series, not only on the Game Boy, but the Game Boy Color, Game Boy Advance, and even the Wii. Wario would go on to star in multiple other titles, including the WarioWare Inc. series. No matter how fondly one may look back on the original Super Mario Land, it left a lasting impression.