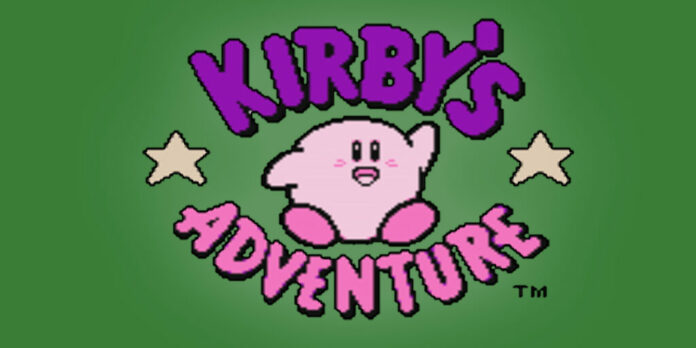 Gaming has a rich history that spans multiple decades. To this end, The Last Word on Gaming Backlog is a series that looks back on titles across all generations. From the golden 8-bit era to the landscape-changing 64-bit scene and beyond, The LWOG Backlog’s aim is history. Travel through colorful worlds in one of the titles that debuted late in the life of the Nintendo Entertainment System – Kirby’s Adventure for NES.

Kirby’s Adventure for NES – An Overview

The original Kirby’s Dream Land for the Game Boy could best be described as a proof of concept. While it was relatively basic on the surface, it established a foundation for an ongoing series, one that many gamers have developed a fondness for over the years. Kirby became prominent on Nintendo’s handheld platforms. Moreover, he saw various home console entries as well. The second title in his franchise was Kirby’s Adventure for NES, published by Nintendo and HAL Laboratory returning to the development helm.

Kirby’s Adventure for NES was conceptualized as a port of its Game Boy predecessor. However, seeing as how Kirby’s Dream Land was geared toward a less experienced fanbase, Masahiro Sakurai and his team decided to create an entirely new game. Kirby’s Adventure would retain the beginner-friendly nature the game prior established while incorporating unique gameplay twists to keep things interesting, the Copy Abilities chief among them. One can argue that Kirby’s Adventure kicked off what the series would become.

Kirby’s Adventure saw a worldwide release in 1993, which was late in the Nintendo Entertainment System’s life. Keep in mind that the Super Nintendo Entertainment System had already been released in 1990 in Japan and 1991 in North America. In other words, the NES was becoming old news. Despite this, Kirby’s Adventure was a landmark title, pushing the 8-bit system to its limits. Let’s take a deeper dive into this NES classic.

The video game world’s favorite pink, rotund mascot is back at it again. Waking from his afternoon lunch nap, Kirby discovers that he didn’t have any dreams. Given that the residents of Dream Land happily dream, this makes Kirby uneasy. Kirby and other residents of Dream Land discover King Dedede bathing in the Dream Spring’s magical waters. Nonchalantly, Dedede reveals that the Star Rod, which provides energy to the Dream Spring, was broken into seven pieces by him before being given to his friends. This prompts Kirby to set off to find the pieces of the Star Rod and return them to the Dream Spring, allowing residents of the land to happily enjoy their dreams once more.

Anyone that has played a Kirby game will attest to the innocent narratives of the series. Kirby’s Adventure for NES is no different, and while it may not be the deepest story, it serves its purpose. There is a clear goal in place – to recover the missing pieces of the Star Rod – and each area is an extension of Dream Land itself. Needless to say, the story won’t be what keeps most players engaged. However, it’s suitable for the game at hand.

Much like its handheld predecessor, Kirby’s Adventure for NES is a side-scrolling platformer, which tasks the player with moving from point A to point B. However, Kirby’s first home console title brings with its numerous innovations. Kirby is now able to run and perform a sliding kick, adding to his arsenal of moves. However, the game’s biggest innovation is the spherical protagonist’s Copy Abilities. By absorbing enemies, in addition to shooting them as projectiles, Kirby may also absorb their special abilities. This provides a level of a strategy to a relatively leisurely game, enticing players to experiment with different abilities for unique results.

Kirby’s Adventure is broken up into seven worlds, each serving as a hub. In addition to standard levels and boss fights, another innovation comes in the form of minigame levels. These aren’t required to complete the game, but depending on how well the player does, multiple extra lives can be earned. Minigame levels are varied, from quickdraws to crane games, meaning that they seldom become boring. Kirby’s Adventure also introduces museum and arena levels, where the player can quickly gain Copy Abilities and take part in miniboss battles, respectively. Simply put, no one world is a straight shot to the boss.

Compared to other 2D platformers, Kirby’s Adventure isn’t difficult. However, the various innovations make it a considerable step up from Kirby’s Dream Land on Game Boy. While Dream Land established the groundwork, Adventure built upon it, resulting in a more fleshed-out journey. Kirby’s Adventure pushed the NES to its fullest capabilities, at times to a fault, as performance can take a hit when considerable activity is taking place onscreen. These instances don’t make the game unplayable, though, and are minor blemishes on an otherwise enjoyable experience.

As stated earlier, Kirby’s Adventure pushed the NES to the fullest; nowhere is this more evident than its graphical presentation. Simply put, it may very well be one of the best-looking titles on the 8-bit system. Each world is colorful and vibrant, sprites are detailed, and Kirby himself is all the more charming given the more complex hardware compared to the Game Boy. Kirby’s Adventure boasts a harmless approach that makes it approachable for gamers of all ages.

Returning to the audio side of Kirby’s Adventure, from Kirby’s Dream Land, is Jun Ishikawa. Joining Ishikawa at the proverbial helm, however, is Hirokazu Ando, who joined HAL Laboratory in 1991. Ando would compose music for other HAL Laboratory-developed titles, primarily those in the Kirby series. He even served as the sole composer of the first Super Smash Bros. Kirby’s Adventure has an appropriately upbeat and memorable soundtrack, encompassing emotions such as happiness and even tension.

Depending on one’s skill level, a single playthrough of Kirby’s Adventure can take anywhere from 4 to 5 hours. However, one must consider the aforementioned minigame areas, as well as bonus levels that are unlocked by triggering switches in other levels. There’s much to see and experience in Kirby’s Adventure, even if future titles would provide more content. Furthermore, by clearing the game once, an Extra Mode is unlocked, offering an increased difficulty mode. Depending on how easy one may find the base game to be, this may entice them to stick with the game for longer.

Kirby’s Adventure for NES was almost universally praised upon its release and these sentiments persist to this day. Almost a decade later, it saw a remake on the Game Boy Advance known as Kirby: Nightmare in Dream Land. This particular title built upon the original, even implementing multiplayer support. As for Kirby’s Adventure itself, multiple re-releases would be seen. These include, but aren’t limited to, the Wii Virtual Console, the NES Classic Edition, and Kirby’s Dream Collection for Wii. It’s currently part of the Nintendo Switch Online service, making it all the more accessible.

Needless to say, Kirby’s home console debut was a success. Kirby’s Adventure innovated in multiple ways, even beyond the ones detailed earlier. It also debuted a series staple character in Meta Knight; along with Kirby and King Dedede, Meta Knight would find himself making multiple appearances in not only the Kirby franchise but multiple Super Smash Bros. titles. As both a gaming history lesson and an enjoyable 2D platforming romp, Kirby’s Adventure for NES is, at the risk of sounding cliché, a dream to play.